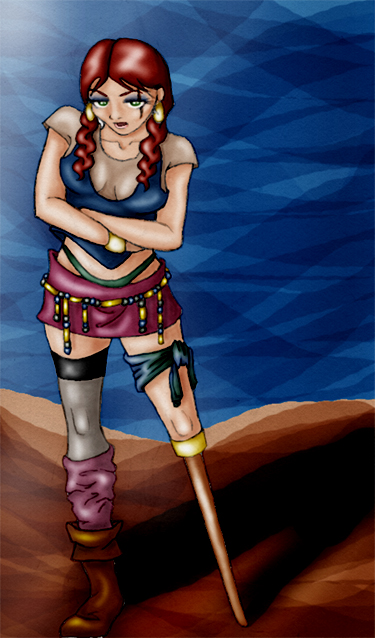 Most of what we know about pirates comes from Navy records, newspaper accounts, or eyewitness statements from those whom the pirates spared. The were mostly a ruthless bunch but today we have taken a whimsical approach to their lives with some Pirate Humor.

The captain replied “Arrrr, but what about me one eye? What if she makes fun of it?”

“Don’t worry cap’n,” said the first mate. “She only has one leg! She won’t say anything with that one peg leg.”

Convinced, the captain went over and immediately impressed the lady as pirates will do. He asked her if she’d like to dance.

“Would EYE, Would EYE!” she exclaimed. 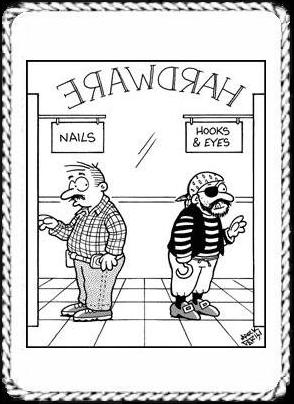 Long ago, when sailing ships ruled the waves, a captain and his crew were in danger of being boarded by a pirate ship. As the crew became frantic, the captain bellowed to his First Mate, “Bring me my red shirt!”. The First Mate quickly retrieved the captain’s red shirt, which the captain put on and lead the crew to battle the pirate boarding party. Although some casualties occurred among the crew, the pirates were repelled.

Related Post  Halloween Story The Legend of Robert the Doll

Later that day, the lookout screamed that there were two pirate vessels sending boarding parties. The crew cowered in fear, but the captain calm as ever bellowed, “Bring me my red shirt!”. The battle was on, and once again the Captain and his crew repelled both boarding parties, although this time more casualties occurred.

Weary from the battles, the men sat around on deck that night recounting the day’s occurrences when an ensign looked to the Captain and asked, “Sir, why did you call for your red shirt before the battle?”. The Captain, giving the ensign a look that only a captain can give, exhorted, “If I am wounded in battle, the red shirt does not show the wound and thus, you men will continue to fight unafraid”. The men sat in silence marveling at the courage of such a man.

As dawn came the next morning, the lookout screamed that there were pirate ships, 10 of them, all with boarding parties on their way. The men became silent and looked to their Captain for his usual command. The Captain, calm as ever, bellowed, “Bring me my brown pants!! 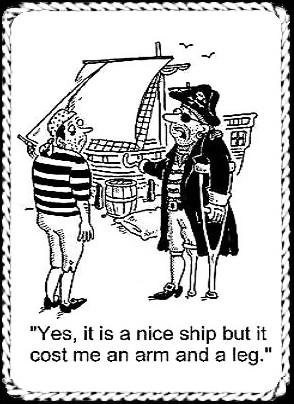 A seaman meets a pirate in a bar, and talk turns to their adventures on the sea. The seaman notes that the pirate has a peg-leg, a hook, and an eye patch.

The seaman asks, “So, how did you end up with the peg-leg?”

The pirate replies, “We were in a storm at sea, and I was swept overboard into a school of sharks. Just as my men were pulling me out, a shark bit my leg off.”

“Wow!” said the seaman. “What about your hook”? “Well”, replied the pirate, “We were boarding an enemy ship and were battling the other sailors with swords. One of the enemy cut my hand off.”

“Incredible!” remarked the seaman. “How did you get the eye patch”?

If you want to read more about Florida Pirates check out this book.

Blackbeard, Jose Gaspar, Jean Lafitte ― the names conjure up a romantic, swashbuckling figure with a black patch over one eye, a cutlass in his teeth, and a brace of pistols tucked into his waistband. Actors such as Errol Flynn did much to create that devil-may-care attitude glamorized on the silver screen, but in fact, real pirates were not so admirable; for the most part, they were cruel, greedy, dastardly brigands, many of whom were slave traders or smugglers in addition to being pirates. Still, we continue to be fascinated by their lives and exploits, perhaps because they led such adventurous lives full of bravery, recklessness and daring.
It is certainly more enjoyable ― and safer ― to read about pirates than to encounter one. This book chronicles the lives and times of 20 notable Florida pirates, from the English privateers of the 1500s to present-day drug smugglers and “yachtjackers.” Pirates have always found easy prey in the seas around Florida; not only did the treasure-laden ships on their way back to Europe have to sail close to Florida’s shores to catch the currents east, but the treacherous Florida Reef foundered many a ship, making easy pickings.

Related Post  A Florida Keys Pirate Tale or Two
Most of what we know about pirates comes from Navy records, newspaper accounts, or eyewitness statements from those whom the pirates spared. This book distils the most interesting facts from many sources into a book that will be enjoyed by anyone interested in a different perspective on Florida’s history.