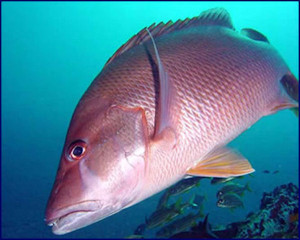 Public input from several workshops in February and August 2016 was considered by the FWC when making these changes. The Commission discussed but did not pursue special management actions for Western Dry Rocks, a well-known and popular mutton snapper spawning area southwest of Key West.

Though mutton snapper is not overfished or undergoing overfishing, the 2015 stock assessment indicated that the population is smaller than previously estimated. These regulation changes are intended to prevent exceeding the updated federal quota, or number of fish that can be harvested, and to also avoid potential early season closures.

Mutton snapper are an inshore species associated with grassbeds, mangroves, and canals.  Larger adults are  occasionally found on offshore reefs.

These snapper spawn in July and August.  Mutton snapper feed on fish, crustaceans, and snails.