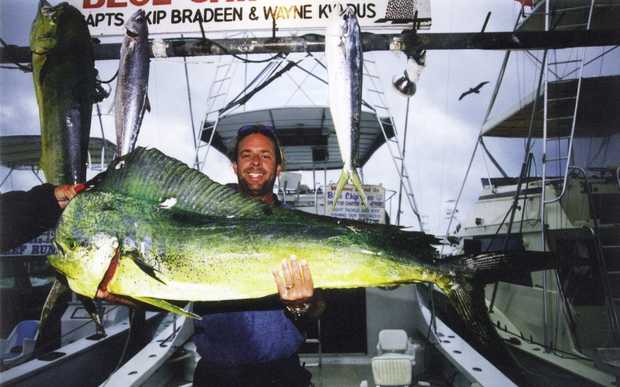 Commercial fishermen have protested a federal closure to the Atlantic dolphin fishery that’s effective this coming Tuesday for the seafood industry. Recreational anglers can continue catching legal-size dolphin, also known as mahi-mahi, with daily limits of 10 per person, up to 60 per boat. No freshly caught dolphin can be sold as of Tuesday. “This closure is necessary to protect the dolphin-wahoo fishery because the commercial annual catch limit will be reached,” the federal South Florida Fishery Management Council said in a Wednesday statement.

The commercial closure was scheduled to take effect June 24 but has been extended until 12:01 Tuesday since “some vessels are far offshore and need additional time to return to port.” Bob Jones of the Southeastern Fisheries Association, a commercial-fishing group, urged the National Marine Fisheries Service to issue an emergency extension of the dolphin season. “The anglers are not reaching their [harvest] allocation and the fishery is not overfished or undergoing overfishing,” Jones wrote to NMFS Regional Administrator Roy Crabtree.

“There is no valid reason not to let our fishermen continue to produce this wholesome fish.” Bill Kelly, director of the Florida Keys Commercial Fishermen’s Association, said a ban on sales of dolphin by charterboat crews “has significantly increased the need for greater allocation to the commercial sector to meet consumer demand.” “A commercial closure at the height of the dolphin season will only increase dependence on foreign imports when a healthy and sustainable fishery exists up and down the Atlantic coastline,” Kelly said in a letter to NMFS. “I understand that this closure is disruptive for some fishermen,” Crabtree responded, “but we cannot stop the closure using an emergency rule or other mechanism…. Meeting the dolphin catch limit does not meet those [emergency] criteria.”