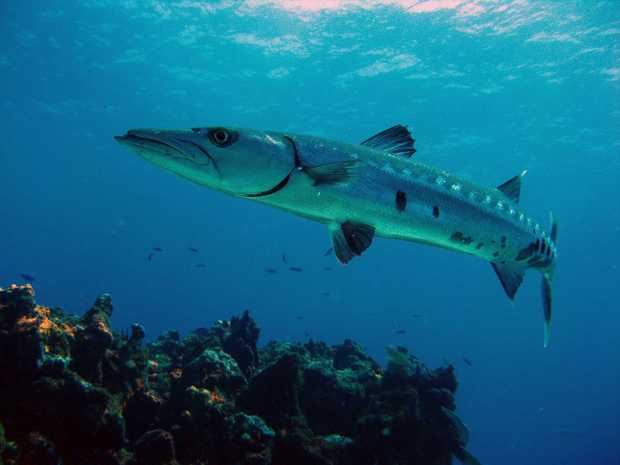 Barracuda are toothy predators. New rules governing their harvest are coming. New commercial and recreational bag limits for barracuda passed a first hearing of the Florida Fish and Wildlife Conservation Commission at the board’s Sarasota session. “A pretty broad swath of the recreational-fishing community showed up and everybody was on board with this,” said Will Benson, vice president of the Lower Keys Guides Association. “I think we got something done.” Commissioners, who showed little interest in tightening barracuda protection during a November meeting on Key Largo, quickly agreed Thursday to a more restrictive commercial bag limit than suggested by FWC staff. Conservation groups seeking barracuda limits “were stunned,” Benson said. “There really was no discussion about it [among commissioners] at all.”

The Lower Keys Guides endorsed most of the FWC staff proposal, but sought a reduction in a proposed daily commercial bag limit — from 20 barracuda per person per day to a daily cap of 20 per vessel. When the barracuda rule returns for a final hearing at a September meeting in Broward County, the 20-per-vessel commercial limit will be the preferred rule. Currently barracuda fall under a general provision that allows  recreational harvesters to take up to 100 pounds per day, with no limits for commercial harvest.Other rule changes would see a daily recreational bag limit of two barracuda per person and a size slot limit of 15 inches to 36 inches to protect small fish and larger breeding stock.” A slot limit would contribute to barracuda conservation by eliminating harvest pressure on the youngest, more vulnerable fish, while also conserving the largest fish, which are the ones responsible for the vast majority of reproduction,” an FWC spokesman said.”FWC staff did an amazing job breaking down the issues,” Benson said.

If approved, the barracuda rules will apply from Martin County south through the Keys, and include Collier County. More than 10 people spoke in support of the rules, intended to stem a perceived increase in harvests of the predator fish, during public comment Thursday. A February workshop in Key Colony Beach drew more than 50 people, with most supporting more protective rules on barracuda.”This is a very forward-looking management decision, and we guides applaud the commission,” Benson said. “It’s managing a situation before we have a problem rather than after it occurs.”