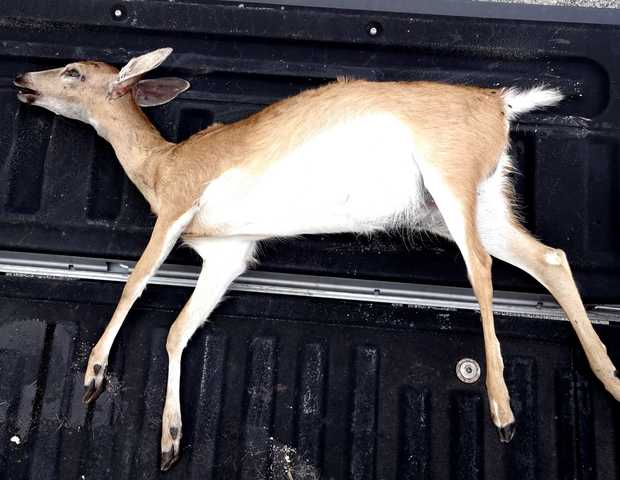 A Big Pine Key man confessed to the Friday shooting death of an endangered Key deer, state wildlife officers report. Grant M. Wilson, 33, was arrested Saturday on a felony count of killing a protected species. Officer Jeremy Foell of the Florida Fish and Wildlife Conservation Commission investigated. “Mr. Wilson advised the Key deer was in his yard, getting into garden and eating his plants, and that’s why he shot it,” said Officer Bobby Dube, an FWC information officer.

Key deer have been protected by federal law as an endangered species for nearly 50 years. The herd, usually estimated at about 800 individuals, exists only in the Lower Keys. The deer grow to about as big as a large dog.

Witnesses told Foell that Wilson dragged the deer carcass to mangroves near his Bogie Drive home, off the channel between Big Pine and No Name Key, and left it there. FWC officers recovered the remains. A necropsy of the deer, believed to be an adult female, will be conducted to confirm cause of death. But officers seized two high-powered Crossman pellet guns, a rifle and a handgun, each capable of firing .177-caliber pellets. The shooting did not take place within land owned as part of the National Key Deer Refuge but investigators with the U.S. Fish and Wildlife Service have been notified. “It’s still under investigation,” Nancy Finley, Florida Keys National Wildlife Refuges manager, said Monday. “We’re seeking full disclosure on what happened to determine the appropriate course of action.

“Wilson posted $15,000 bond on the state charge and was released from the Stock Island detention center Sunday.Wilson’s arrest was the first in recent memory for the intentional slaying of a Key deer. “We haven’t had anything like a shooting in quite a while,” Finley said. “We’ve had cases where dogs chased and killed a deer. In another incident, a person picked up a deer that had been killed by a car and took it home for meat. Key deer are still an endangered species. You cannot do these things in the Keys.”