Acoustic telemetry is used to measure impacts of catch-and-release fishing on goliath grouper and to determine behavior patterns of this federally protected species.

Goliath grouper (Serranidae: Epinephelus itajara) occur in tropical and subtropical waters from the west coast of Africa to the east coast of Florida, south to Brazil, and throughout the Gulf of Mexico and the Caribbean Sea. One of the world’s largest groupers, this species can grow to over 7 feet long, exceed 750 pounds, and live at least 37 years. Goliath grouper grow slowly, mature relatively late (4-6 years old), and aggregate to spawn.

Harvest of goliath grouper was prohibited in U.S. waters in 1990 after a noted decline in population numbers. In 1994, they were listed as critically endangered on the IUCN World Conservation Union’s Red List of Threatened Species (www.iucnredlist.org). Goliath grouper are currently protected from harvest in U.S. waters though there are fisheries for goliath grouper in some countries. The status of the species throughout its entire geographic range is unclear and there are many factors that increase goliath’s susceptibility to overfishing. For more information regarding goliath grouper biology and regulations, please visit the Goliath Grouper Web section.

Protection from harvest does not ensure that fishing mortality is negligible. Recreational fishing charters throughout Florida advertise goliath grouper as a prime target species for catch-and-release fishing. A fish of this size produces a challenging and exciting fight on rod and reel. Goliath grouper are also often caught unintentionally during angling efforts for other reef species. While their primary diet consists of slow moving, bottom-dwelling species, they are opportunistic predators that occasionally feed upon a struggling fish being reeled in by anglers.

To date, the effects of catch-and-release angling on goliath grouper have not been established. As with many reef fish, angling at deeper depths may result in gas expansion and extensive boat-side handling that can cause injury or mortality. Additionally, goliath grouper often remain at the same sites for extended periods, so repeated capture events may affect their survival at heavily fished sites.

The primary goals of the goliath grouper telemetry program are twofold:

Acoustic telemetry and conventional tagging will be used to assess both immediate and long-term effects of catch-and-release angling and to provide data regarding residency and behavior of this protected species. Goliath grouper are known to remain in the same area for extended periods, and they have a tendency to aggregate around habitat such as shipwrecks. The monitored shipwrecks in this study (Figure 1) have been chosen based on ongoing research that indicates consistent goliath grouper presence. Quantitatively assessing the effects of catch-and-release angling for goliath grouper, in addition to the continued investigation into population dynamics, movement patterns, and stock structure will provide valuable information for future management or regulation.

Goliath grouper are caught using typical recreational fishing gear. Once at the surface, goliath grouper are left in the water and positioned at the side of the boat so that they can be measured, photographed, and fitted with tags. Two external tags are inserted just beneath the dorsal fin. The first is a conventional ID tag (Figure 2), and the second is an acoustic transmitter, or “pinger” (Figure 3). Each pinger has its own unique code that will allow for the identification of individual fish.  Goliath grouper are tracked manually immediately after release, which provides information regarding short-term survival and behavior after a catch-and-release event.

Two to four acoustic receivers (hydrophones) are permanently deployed at each monitored shipwreck. Each receiver has a listening area of approximately 500,000 square meters or 124 acres. Whenever a tagged fish swims within listening range (Figure 4), a hydrophone will record the fish’s individual ID as well as the time, date, and depth of the fish within the water column. These data will yield information regarding long-term movements and behavioral patterns of goliath grouper at the study sites.

Conventional external ID tags are attached to each goliath to provide recapture/resighting data through diver surveys and angler recapture reports. Any tagged fish that are observed should be reported to the Florida Fish and Wildlife Conservation Commission’s (FWC) Angler Tag Return Hotline, 800-367-4461. Researchers need to know the date and location of the sighting and the relative condition of the fish.

Movement and behavioral data will indicate the effects of catch-and-release fishing on this reef species. Minimum estimates of survival immediately after a catch-and-release event can be assessed. Long-term acoustic telemetry data will allow for estimates of residence time for individuals at specific sites. Continued underwater surveys will provide further information regarding abundance, size distribution, and seasonal patterns for goliath grouper within the study area. It is the goal of this project to synthesize these data for a better understanding of goliath grouper biology and ecology that can support the development of responsible and effective management.

To learn more about our telemetry studies, visit the Acoustic Telemetry Research section. 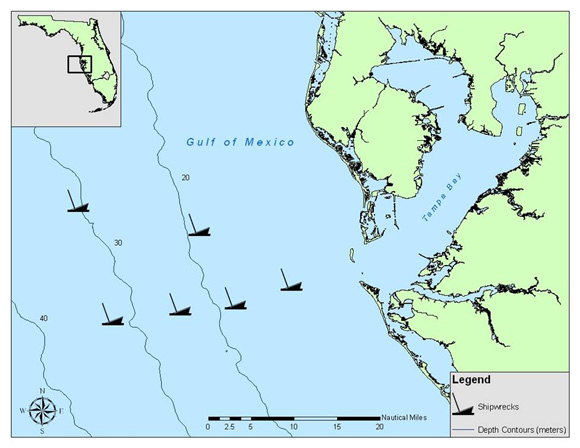 Figure 1. Map of the study area. Acoustic receivers were placed at designated shipwrecks shown in previous research to be frequented year-round by goliath groupers. Depths ranged from 40 to 105 feet. 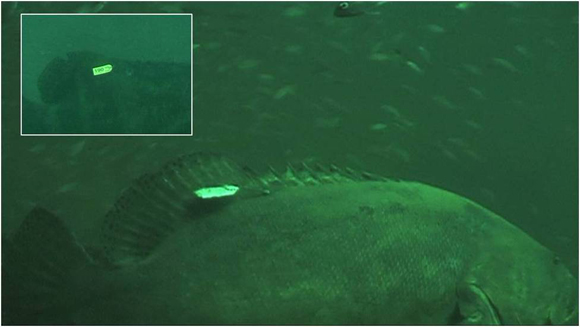 Figure 2. Sightings of fish with conventional ID tags can be reported to the FWC’s Angler Tag Return Hotline, 800-367-4461, with details including the date, location, and condition of the fish. 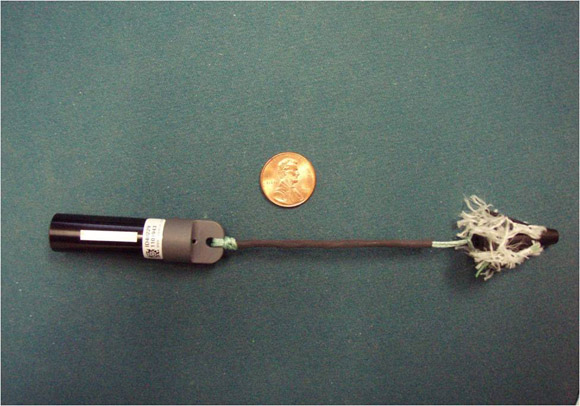 Figure 3. Each acoustic transmitter has a unique code that allows goliath groupers to be
identified individually. Transmitter darts are inserted into the flesh below the dorsal fin. 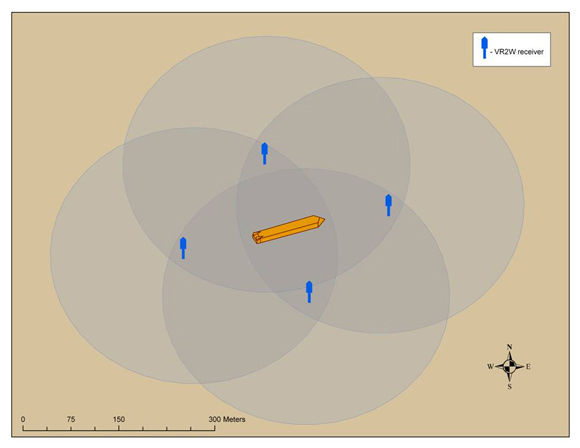 Figure 4. Example of an underwater acoustic array. Receivers positioned strategically around the shipwreck maximize the monitored area and ensure adequate detection of tagged fish. The rings on this map represent a listening radius of 100 meters (109 yards), although receivers may have a much greater listening range (up to 800 m, or half a mile) under ideal conditions.