With two new hotels, Stock Island, an under-the-radar spot in the Florida Keys known for its laid-back, vintage vibe, may not be a locals-only spot for much longer. I’m chatting with Bobby Mongelli, owner of Hogfish Bar & Grill, the delightfully ramshackle Stock Island institution situated on Safe Harbour Marina, roughly a 15-minute drive north of Key West, when a hostess approaches our table to ask, “Are they allowed to have their parrot out here?”

We turn to see a young woman with sun-bleached blonde hair wearing a boater’s foul weather jacket and a macaw with brilliant tangerine and royal blue tail feathers perched on her shoulder.

“Yes—yes, yes!” Mongelli cries without hesitation. “The parrot’s cleaner than most of the people!” A fast-talking D.C. native, Mongelli moved to the Florida Keys in 1983 from Aspen, Colorado, to escape the cold. After a series of odd jobs (unloading mackerel boats, diving, washing dishes), he got a foothold in the restaurant business and eventually opened Hogfish in 2002, converting an old shrimper bar into the beloved dockside, open-air restaurant it is today.

Separated from Key West only by the narrow Cow Key Channel, Stock Island is both an extension of its famed neighboring island and a destination unto itself. It’s a holdout of “old Key West,” maintaining elements of the way the island used to be before tourism took over. Stock Island is where you’ll find the area’s last working waterfronts and shipyards for shrimpers, lobstermen, and commercial fishermen. It’s also home to artists, boat builders, multigenerational Keys families, and much of the area’s workforce from Haiti and Cuba.

Back at Hogfish Bar & Grill, license plates, vintage signs, and sundry ephemera are tacked to the walls, including photographs of Ernest Hemingway grinning ear to ear on a Key West dock standing next to his catch, another of Fidel Castro at the rear of a fishing boat, casting a line into tranquil waters offshore. An old poster inside the restaurant advertises ferry service between Key West and Havana that once departed from these docks in the 1950s pre-embargo.

The bar is famous for its laid-back, salty ambiance and fresh, local seafood—its namesake refers to a snapper abundant in local waters that cooks up flaky and sweet. It’s a delicacy best enjoyed here sandwiched between pillowy soft Cuban bread with melted Swiss cheese and sautéed onions and mushrooms, which I polished off at the bar earlier and accompanied with a cold Kalik beer while seated between a couple visiting from Nashville and a gentleman who drove down from nearby Big Pine Key.

Shon Williams, another longtime local and avid waterman, operates Fun in the Sun boat charters and rental company from Oceans Edge Marina and the nearby Key West Harbour Yacht Club (which, despite the name, is actually in Stock Island). He and his colleague Neil Mellies, a photographer and fifth-generation conch (the term used to describe Key West natives) of Cuban descent, showed me around the island for an afternoon.

We stop at nearby Washed Up, a woodworking studio and showroom run by mother-son artist duo Deb and Kasidy Fritts. Specializing in driftwood sculptures made of found materials, reclaimed “upcycled” wooden furniture, and fine art, they share the space with jewelry designer and metalsmith Nick Soto. We admire a piece Kasidy recently sold, a giant mahi-mahi sculpture fashioned out of driftwood, Cuban mahogany, and copper wire with vintage ship nails for teeth and an old sail’s clew sewn into the tail.

Our appetites piqued, we duck into El Mocho, a no-frills Cuban luncheonette that opens at 6 a.m. and is always packed with fishermen at breakfast getting their fix of eggs and grits before heading offshore for the day. At this late afternoon hour, we practically have the place to ourselves and grab red vinyl stools at the counter. Mellies, a regular, orders us a colada (strong, sweet Cuban coffee served in a small Styrofoam cup and shared by pouring into thimble-sized plastic shots) and the tastiest croquetas jamon I’ve had in recent memory. Freshly fried, they’re hot and crispy and practically liquidate in my mouth. After paying our tab (the entire snack cost only $6), we were off to hop aboard one of Williams’s boats, a 39-foot Contender, to watch the famous hot pink Key West sunset with shrimp boats dotting the horizon. Stock Island’s waterfront extends like fingers into the Atlantic Ocean, lined with marinas and clearing the sightline for idyllic water views from almost any vantage point.

“This is what I love about Stock Island,” Williams says as we idle into the channel, taking in the turquoise-green waters, mangrove islands, and pelicans coasting just above the surface. “You’re surrounded by more nature here.”

Mongelli, of Hogfish Bar & Grill, is also a partner in the pop-up dinner series Lost Kitchen Supper Club alongside chefs Layla Barr and Martin Liz. “We wanted to create a space that builds community and highlights sustainable and organic food from local fishermen and farmers,” says Barr.

One of the local suppliers is Patrick Garvey of Grimal Grove, a historic tropical fruit tree and vegetable garden on Big Pine that was destroyed by Hurricane Irma. With Key West largely spared by the storm, Grimal Grove found a new home in Stock Island adjacent to Roostica, Mongelli’s popular wood-fired pizzeria, which recently opened a food truck of its own that will host a rotating lineup of chefs and cuisines.
Related Post  Stock Island Nursery Cultivates Rare and Endangered Plants

The Perry Hotel is situated on Stock Island Marina Village with its 220 slips, a community garden, and artist studios with a stage for live music. Named one of the best-designed hotels to open in 2017 by Architectural Digest, The Perry’s modern, industrial aesthetic features clean lines, raw concrete, and steel and is inspired by the island’s boatyards.

Its onsite restaurant, Matt’s Stock Island Kitchen & Bar, serves some of the most sophisticated and flavorful food in the area. Dishes are inflected with Southern soul and Creole flavors and take advantage of the island’s bounty of fresh seafood. One evening, a friend and I delighted over the crispy, light-as-clouds crab beignets served with lemon powder and Old Bay aioli. I’m still dreaming about the sumptuous grouper in thyme butter swimming with crawfish and cornbread gnudi. Even the oldest conches might be excited about this delicious newcomer.

When talking to locals about the appeal of Stock Island, a theme started to materialize. It’s quieter, saltier, off-the-beaten-path, they told me. More wildlife, less commercial, like the Key West I remember from my childhood. For those searching for an authentic Florida Keys experience, Mongelli offers some straightforward advice. “People come to find the old Key West and it’s not in Key West anymore,” he says. “It’s here. It’s actually in Stock Island. . . . This is it.”

Hurricane Irma made landfall in the Lower Keys as a Category 4 storm on September 10, 2017. The Keys reopened for tourism three weeks later, and today 77 percent of lodging units are back online and most restaurants, bars, and attractions are open for business. Key West and Stock Island were spared the worst of Irma’s damage.

Visiting the Keys and spending your tourism dollars is a great way to help the local economy. However, there are still residents in dire need who are rebuilding their lives after Hurricane Irma. Local grassroots group Nourishing the Lower Keys prepares and delivers fresh, homemade meals to residents in need. Consider donating: gofundme.com/nourishFLkeys

The first Cemetery Stroll to be offered at the Historic Key West Cemetery this season will take place on January 27, 2018. During the stroll, small groups of visitors will be escorted to gravesites where interpreters will tell the stories of the deceased in brief monologues. The groups are scheduled for departures at 9:30, 9:50, and 10:10 Reservations are necessary,…

Florida Keys Community College, the only post-secondary education institution based in the island chain, is adding two new associate’s degree programs, in Hospitality and Ecotourism Management and in Culinary Management. FKCC’s Goal The goal is to prepare students to work in the area’s dominant industry: tourism — and take advantage of that industry for internships and…

For Florida Keys residents, flip flops are likely the most basic and yet most popular item in the closet. This comfortable and durable footwear is a staple in the Florida Keys but as Jimmy Buffett wrote in “Margaritaville,” blowing out flip-flops is a real thing. According to the Consumer Product Safety Commission, of the 198,437… 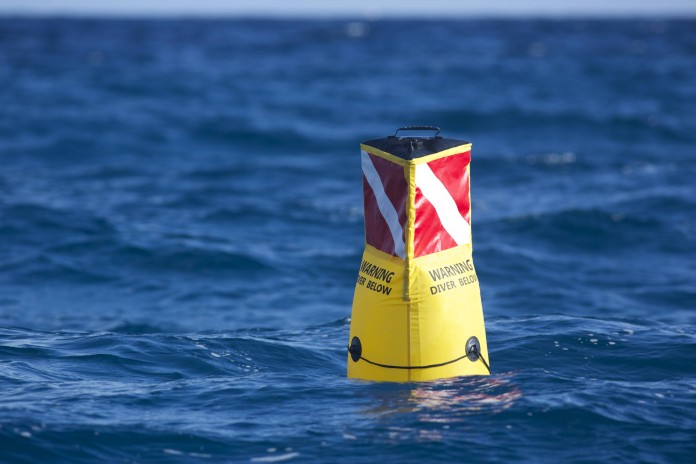 Do you still have some Christmas gift buying to do? The link below will take you to our Keys Treasures Amazon influencer page where you will find some recommendations for Florida Keys books, fishing and diving items, and other gift ideas. Please check them out and help support this page at the same time. Keys Treasures…

The Marquesa Hotel will add 14 rooms in a $10 million project by folding in two historic spots and replacing a two-story building at 411 Bahama St. The plan calls for an open-air connecting walkway to link the Pilot House, 414 Simonton St., to the next-door Kerr house, 410 Simonton St., which the Marquesa’s owners…