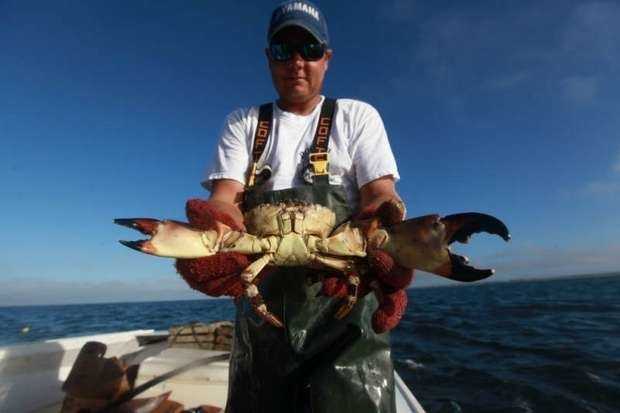 Stone crab fishermen would welcome the same prices for more claws in the new season that opens with the first pull Thursday, October 15, 2015.

“There’s enough demand to take care of the supply but we’re hoping for more supply,” said Gary Graves from Keys Fisheries in Marathon, a leading supplier of stone-crab claws.

Last crab season closed May 15 as the most lucrative on record for the species — more than $31 million statewide, fisheries analyst Ryan Gandy with the Florida Fish and Wildlife Research Institute said.

Preliminary figures for the seven-month season show the actual harvest came in around 2.22 million pounds. That was higher than the 1.99 million pounds in the 2013-14 season but notably below the typical average of about 3 million pounds.

“In the last three seasons, it’s been difficult to scratch out more than 2 million pounds,” Gandy said Tuesday. “That’s definitely lower than the average season. At this point, we’re waiting to see if we’re starting to come out of it.”

Research Institute staff keeps research traps in Keys waters and elsewhere during the offseason but that gives only a hint of what may happen this week. In North Florida, Gandy said, trap checks have produced some larger crabs.

“So far down in the Keys, it’s been about what it was last year,” he said.

Graves said his “best guess” is that wholesale prices — which may be set today — probably will open slightly lower than the final price from last season.

“We’ve got traps in the water and we’re expecting a normal year,” Graves said. “It was a good lobster season, and now we’re ready for a good crab season.”

Last season’s dockside prices generally ranged from $9 per pound to nearly $30, depending on the size of the claw. Retail prices paid by consumers are significantly higher.

Only legal-size claws (2.75 inches) are removed from the crabs, which are returned to the water alive to grow new claws.

Typically, the Keys account for about 40 percent of the state stone-crab claw harvest. The state Fish and Wildlife Conservation Commission licenses about 1,200 commercial stone-crab fishers statewide, with Monroe County accounting for around 390.

A new state law taking effect this season bans the use of round “throats” in stone-crab traps in South Florida waters to prevent lobster bycatch.