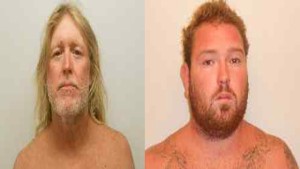 A father and son from Key Largo are facing charges after illegally catching lobsters near Tom’s Harbor Cut Bridge on Wednesday. Deputy Wilfredo Guerra was looking down from the bridge at about 1:45 p.m. when he noticed the two men as they were spearing, wringing and placing the tails of lobsters into a blue mesh bag. Deputies said Guerra followed the men as they swam to shore and found 60 wrung tails in the bag.  Monroe County Sheriff’s Office Guerra said Wayne Tuckus, 49, told him that he was a commercial fisherman and has been arrested for illegally capturing lobsters before. 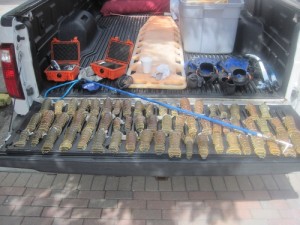 Tuckus and his son, Stuart, 20, were both arrested on charges of having undersized lobster, out-of-season lobster, illegally speared lobster, over the limit lobster, having wrung tails in the water and spearfishing within 100 yards of a fishing bridge.

qtcresca roor0617 • a day ago
anything goes in the keys

Martha Bartha qtcresca • a day ago
Yes, yes it does.

Justiceontap • a day ago
Looks like there’s some serious chlorine in that gene pool. Good job Deputy Wilfredo Guerra.

miastuck • a day ago
Thanks to the monroe county police, well done. I am so saddened by the pillaging of our state waters, it makes me want to cry. We have to actually ban fishing in Biscayne National Park in an attempt to restore fish stocks and here comes these two. SMH what are we leaving for our kids?????????