Why it’s Time again For a Tropical Storm or Two in the Florida Keys. It has been over 4 years since the Florida Keys have seen even a close pass of any hurricanes. It was 2017 since Hurricane Irma and before that 1998 when a hurricane actually hit the Florida Keys. Due to the media, you only hear about the evil side but there are plenty of good things that come from these wonders of nature. 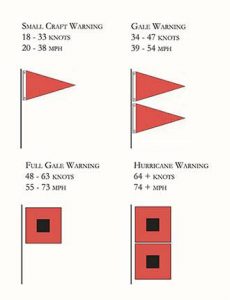 While there is often a perspective that hurricanes are only destructive and disastrous events, they also provide ecological benefits to tropical and sub-tropical environments. Rainfall gives a boost to wetlands and flushes out lagoons, removing waste and weeds.

Hurricane winds and waves move sediment from bays into marsh areas, revitalizing nutrient supplies. While there is always the potential for mechanical damage, coral reefs can also receive benefit from hurricanes during the warm summer months.

First, as the stroms absorb energy from surface waters through the transfer of latent heat, the temperature of the water is reduced (evaporative cooling). The magnitude of the cooling is related to the intensity and extent of the hurricane. Second, hurricanes also reduce sea surface temperatures (SST) by inducing local upwelling, bringing deeper, cooler water to the surface.

The amount of surface cooling resulting from these mixing mechanisms will depend on the storm wind speed and how the water temperature varies with depth at each location. Finally, the clouds of a hurricane shade the ocean surface from solar heating allowing the water to cool and reducing light stress.

While larger, more intense hurricanes provide the greatest cooling near the ocean surface, they are also the most destructive. Waves and water movement significantly influence the structure and distribution of coral assemblages. Generally, the more delicate ‘branching’ corals (e.g. Acropora spp.) are more vulnerable to wave damage than corals with a ‘massive’ or ‘boulder-like’ growth form (e.g. Porites spp.).

As a consequence, massive corals tend to dominate coral communities in areas regularly exposed to oceanic swells, while delicate species thrive in low energy areas such as lagoons and back-reef areas. In addition, waves and tidal water movements scour some areas exposing the solid limestone structure of the reef, which provides a firm foundation on which corals can settle and grow. In other areas, water movement results in the accumulation of sediment and rubble, which is unstable and, therefore, less suitable for coral settlement.

The waves generated by hurricanes are larger and more powerful than those experienced under normal conditions and can affect all parts of a reef. As a consequence, they are the primary cause of hurricane-related damage to corals and coral reefs, often breaking coral branches and overturning colonies. Dislodged coral pieces can cause further damage as they are propelled onto other parts of the reef. In 2005, Hurricane Rita damaged the deep reefs of the Flower Garden Banks, while Wilma scoured the reefs of the Florida Keys.

Recovery from storm damage is variable. Often, branching corals recover quickly because of their rapid growth, and broken branches can even begin to regrow in new areas. However, recovery can be hindered by the accumulation and movement of coral rubble generated by the storm, and by increases in the abundance of algae, which compete for space within the reef. Terrestrial runoff resulting from heavy rainfall can also influence the nearshore reef ecosystems, smothering corals with sediment and other debris, as well as increasing nutrients (including those in fertilizers) that influence growth rates of algae, and lowering salinity, which can stress corals.

Conclusions
The influence of hurricanes and tropical storms on coral reefs can be beneficial and detrimental. Small storms can provide fast relief during periods of thermal stress, whereas waves from large hurricanes can reduce a reef to rubble. Coral reefs have experienced these effects of storms and survived for millions of years; however, in light of the rapidly changing climate, the ability of corals to recover from severe storms, while facing the combined effects of increasing thermal stress and ocean acidification, could be extinguished.