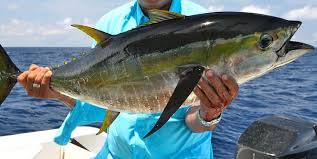 At its October meeting in Cape Canaveral, the Florida Fish and Wildlife Conservation Commission (FWC) approved regulation changes to create a recreational limit for blackfin tuna of two fish per person or 10 fish per vessel, whichever is greater, and to extend these regulations into federal waters. These changes will go into effect Jan. 1, 2020.

Blackfin tuna can be found throughout Florida, the Atlantic, Gulf and Caribbean. 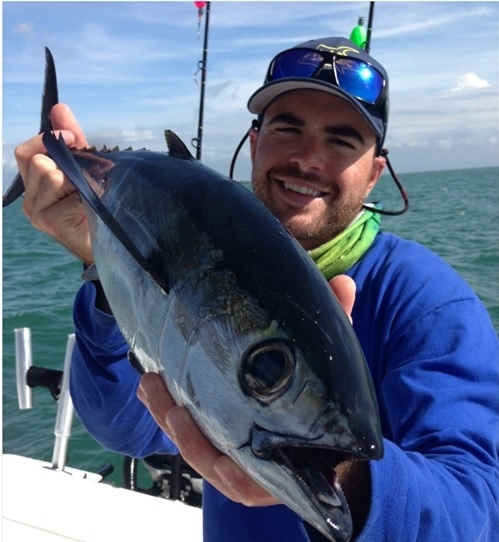 From Wikipedia, the free encyclopedia

The blackfin tuna (Thunnus atlanticus) is the smallest tuna species in the genus Thunnus, generally growing to a maximum of 100 cm (39 in) in length and weighing 21 kg (46 lb).

Blackfin tuna have oval-shaped bodies, black backs with a slight yellow on the finlets, and yellow on the sides of their bodies. They are found in the western Atlantic from Martha’s Vineyard, Massachusetts, to Brazil, including the Caribbean Sea and Gulf of Mexico.

Blackfin tuna hunt both epipelagic (surface) and mesopelagic (deeper water) fish and squid. They also eat crustaceans such as shrimp, crabs, amphipods, stomatopods, and the larvae of decapods. They are a short-lived, fast-growing species; a 5-year-old fish would be considered old. They reach sexual maturity at the age of 2 years, and spawn in the open sea during the summer. Blackfin tuna are a warmer-water fish, preferring water temperatures over 20 °C (68 °F).

Around south Florida and the Bahamas, the sport fishery is also important due to the proximity to deep water. This tuna is highly regarded for its fighting ability. The flesh is of excellent food quality and is marketed fresh, dried and salted, canned, and frozen. It is caught with live bait by trolling and drift fishing.