In addition, approximately 35 percent of all International Game Fish Association records in the U.S. come from Florida (Florida has 4,755 vs. No. 2 Alaska with 1,354, of 13,534 U.S. records, including line-classes). Florida even has more record catches than the next highest country, with 18.5 percent of all IGFA records worldwide. (Australia has 1,530 records, of 25,652 worldwide; Pers. Comm., Jack Vitek, IGFA World Records Department.) 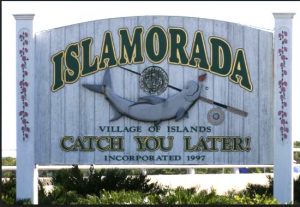 And then there is Islamorada in the Florida Keys. If you’ve never been to Islamorada, you might think it presumptuous to call itself “The Sport Fishing Capital of the World.” But if you’ve ever fished the waters surrounding the Florida Keys village, you know that it lives up to that name.

Where else in the world can you go offshore and catch swordfish, sailfish, snappers and groupers, then head to Florida Bay into what’s known as the backcountry and catch bonefish, redfish, permit, snook and tarpon, all in the same day?

Certified state record fish must be legally caught using an active hook-and-line method (including a proper license or exemption) by sport fishing methods, identified by a Commission biologist and weighed on a certified scale. Uncertified state records are believed accurate based on reliable witnesses and other evidence but are not certifiable, or they were caught by other than legal sport fishing methods.

To set a new record, you just need to exceed the certified records by the amount specified below; the uncertified records are provided just for information. If you catch such a fish, contact the appropriate regional office. These records are updated as soon as they are verified. To replace a record, versus tying one the difference should exceed the following: (i) nearest one-quarter ounce for fish up to five pounds, (ii) to the nearest one-half ounce for fish more than five pounds and up to 10 pounds, and (iii) to the nearest one ounce for fish more than 10 pounds