Florida Bay, the body of water between the Everglades and the Keys that was once teeming with wildlife, may be on the verge of collapse. Last week, scientists reported that miles of sea grass have died in the bay in recent months, leaving behind a stinky smell and a cloud of yellow sulfide. The die-off is likely to be the start of a larger “toxic algae bloom,” which could bring disastrous effects to one of South Florida’s greatest environmental treasures.

The truth is that Florida Bay’s latest catastrophe is just the latest in a long list of environmental disasters that have plagued South Florida over the last 90 years, ever since engineers and businessmen began to cut off the flow of water from Lake Okeechobee to the Florida Bay to construct the 76-mile Tamiami Trail — the road that runs from Miami to Naples. The effects of a blocked water flow have been heightened in recent years due to climate change.

“What’s happening in Florida Bay is all a legacy of the Tamiami Trail,” says Jonathan Ullman, Sierra Club Issue Chair and the curator of a new exhibit about the Tamiami Trail at the Coral Gables Museum. “We’re seeing a disaster in the making and time is running out. We don’t know how long we have to restore the Everglades.”

The story of the Tamiami Trail — and the exhibit, which is called “Trailblazers” — begins in 1915, when Miami businessman Frank Jaudon hatched the plan for an east-west highway. Not only would the road serve as a way to cross the peninsula, but it would also act as a dam, allowing the land to its south to be drained and primed for development.

Construction started in 1923, and more than 2,000 people worked on the road. It was a perilous undertaking, and the project ran into its fair share of obstacles. But three million sticks of dynamite later, the Tamiami Trail was completed in 1928 and considered a great feat of engineering.

“The problem,” Ullman says, “is that the road was designed to drain the Everglades.”

Just a century ago, water flowed down the Kissimmee River into Lake Okeechobee, then south through the Everglades marshland to the Florida Bay. But the flow of water has greatly diminished, devastating the environment. There’s less habitat for birds, fish and other animals. Saltwater flows farther into the marsh from the ocean, and pollution flows in from surrounding farms and cities.

Trailblazers, a multi-media interactive exhibit that runs through May 22, explores the Tamiami Trail’s history, culture and impact on the Everglades. It also explores plans to mitigate the damage. (Namely, a “River of Grass Parkway” is raising the road along a 6.5-mile stretch of the Trail to allow for greater water flow.) Through images, artifacts, historic documents and film, visitors can learn about one of the most incredible and ill-fated projects in Florida’s history.

And with increased development across South Florida, as well as pollution-laden sugar farming south of Lake Okeechobee, the story of the Tamiami Trail should act as a warning, too, Ullman says.

“Like everything in South Florida, this is really a story about money,” Ullman says. “And how environmentalists are left trying to undo the damage.”

Jacksonville University researchers have embarked on a study of critical importance to scientists rearing and out-planting coral on the Florida Keys reef. Mote Marine Laboratory, the Coral Restoration Foundation, The Nature Conservancy and the Florida Fish and Wildlife Conservation Commission have spent millions of dollars rearing and out-planting coral on the Keys reef for nearly…

These workshops will help FWC gather public input and develop a better understanding of the public’s view on management, including discussing recent management changes that went into effect Nov. 1, 2015, and the need for any additional management changes. Anyone with an interest in management of barracuda in Florida is encouraged to participate. Barracuda Workshop Dates…

Sanctuary Reef, a unique traveling exhibit that gives a shrimp’s eye view of an oversized coral reef, is now on display at Keys History & Discovery Center in Islamorada, through Feb. 28, 2016. This interactive display developed by Mote Marine Laboratory brings the ocean’s coral reefs and vital scientific research to life through hands-on…

State fishery managers will take the first step this week in lowering the bag limit for mutton snapper, one of the Florida Keys’ most highly targeted species of fish. The Florida Fish and Wildlife Conservation Commission board will meet Wednesday, Nov. 18, in Panama City to discuss a series of proposed reductions to the mutton… 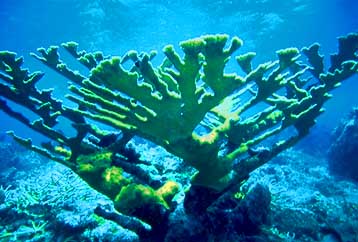 REEF Fest 2019 registration is now available! Book diving and snorkeling, register for events, and purchase your ticket to ‘For the Love of the Sea’ banquet online today! REEF Fest is an annual, four-day celebration to acknowledge the success of marine conservation and education initiatives in the Florida Keys. Events include educational seminars, social gatherings, diving and eco-adventures…