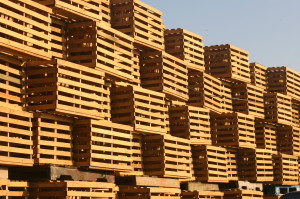 A Big Pine Key fisherman arrested in October for lobster fishing with hundreds of illegal traps was ordered Thursday to surrender 400 traps, effectively cutting his fishing capabilities in half, according to court records.

Boggs was initially found to be fishing with about 100 untagged traps, but later confessed to Florida Fish and Wildlife officers that he had more in the water that needed to be removed, bringing the final total to more than 500 illegal traps, records state.

Boggs agreed to surrender 400 of his trap certificates in a plea agreement with prosecutors on Thursday in a move that spared him any jail time. He told officials he had about 1,000 traps total in his possession, nearly half of which were being used illegally, according to court documents.

“Although the court (county Judge Wayne Miller) did not suspend his fishing privileges, his conviction subjects him to potential license suspensions and civil fines by the FWC,” Dunne wrote in an email to The Citizen. “This was a blatant violation of the regulations governing the use of traps which ironically are designed to protect commercial fisherman such as the defendant. That being said, the forfeit of his trap certificates was the most appropriate punishment.”

FWC officers on patrol one mile north of Content Keys conducted a safety inspection of a commercial fishing vessel, according to reports.

They found the captain, Boggs, on board as well as three crew members who were not arrested.

Boggs told the officers he was taking the traps back to his dock on Big Pine Key. Officers followed him back, where they conducted a trap inspection, reports state.

Dunne has been a leading prosecutor of criminal fishery violations at the state level in the Florida Keys in recent years. She was honored as the Florida Fish and Wildlife Conservation Commission Prosecutor of the Year in 2012.

The federal government has also been making cases in recent years, mostly regarding the controversial use of illegal artificial habitats known as casitas. Many fisherman say casitas are better for the environment as they do less harm to sea grasses and coral, whereas opponents say they disrupt lobster migrations and lead to people putting debris in the ocean.