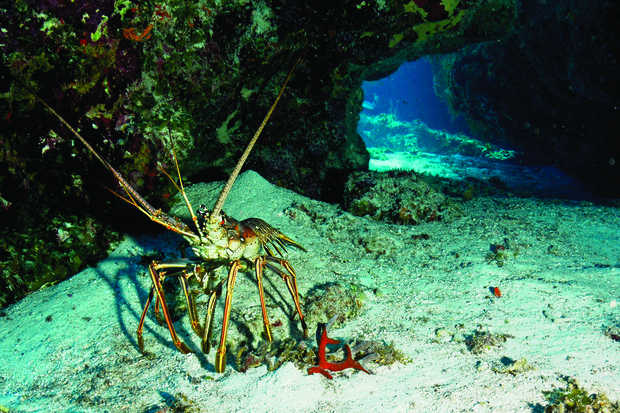 To paraphrase a famous novel by Erich Maria Remarque, a German veteran of World War I, all quiet on the Key’s front.

After an opening salvo on July 29 and 30 followed by an eight-month season from Aug. 6 through March 31, all that will change.

An armada of all manner of water craft, large and small, will invade the keys. These vessels will be loaded, sometimes overloaded, with scuba divers and skin divers hoping to catch their limit of lobster.

Lobster hunting is regulated more strictly in Monroe County than elsewhere in Florida. During the mini-season bag limits are smaller and lobster diving at night is illegal.

That doesn’t dissuade the masses from filling every hotel, campground, marina and charter boat available.

Thousands of spiny lobster will be taken (the total for the entire season, including commercial take, in Florida is over six million); coral will suffer damage; some folks will break the law; and, if the past is any indication, people may lose their lives.

According to Dr. Peter Buzzacott, director, injury monitoring and prevention for  the Divers Alert Network (DAN), an organization that provides emergency assistance and medical information resources for divers, an average of two people have died each two-day mini-season in Florida over the past 11 years.

Most lobster hunters are safe, honest and well-intentioned. Some get caught up in the excitement of catching the delicacy known as the Florida spiny lobster, Panulirus argus,  also known  as crawfish, “bugs,” or by the Spanish name langosta, and run into trouble.

Preparation, safety and following the rules are keys to making sure your lobster hunting experience is safe and to reduce impact on sea life and coral reefs.

DAN emphasizes the importance being in good physical condition and general health to meet the rigors of diving for lobster. In other words, make sure you are in good shape. See your doctor about any medical condition that may limit your ability to dive safely and don’t dive if you have a cold or are sick.

The same goes for your scuba equipment, which should be properly maintained, serviced and inspected before every dive.

If you haven’t been scuba diving for a while, take a refresher course. According to DAN, there are several procedural errors common to diving accidents including buoyancy control problems, rapid ascents, missed decompression stops, ear equalization problems, and, most critical, failing to properly monitor  air supply resulting in low-on-air or out-of-air situations, especially while hunting.

It is speculated that the distraction of the hunt kept the hunting divers from monitoring their air gauge?

Diving gets more complicated when lobster hunting. So, be sure to plan your dive and dive your plan.

“This type of diving is objective-based, which make it different from most recreational diving. Managing equipment such as tickle sticks, snares and catch bags contributes to task loading, an increase in responsibilities that leads to greater risk for error,” says Stefanie D. Martina in the spring issue of DAN’s Alert Diver.

Data acquired by DAN also shows that underwater hunters have less diving experience each year than other types of divers (16 annual dives for hunters versus 24 for other divers), possibly because hunters only dive during the lobster season whereas other recreational divers may dive throughout the year.

If you are planning to use your boat, make sure it is in good operating condition, has been safety checked and has the required safety equipment on board.

While you are at it, check out your boat trailer and towing equipment.

Review boating laws and regulations. If you haven’t done so, take a Florida boating safety course. Everyone born after 1987 is required to have a safe boating course ID card. (See:https://www.boat-ed.com/florida/.)

Be careful operating your boat and study the charts for Keys’ waters. Navigating the shallow waters in the Keys can be tricky. Harming the coral or seagrass can lead to big fines.

Learn lobster regulations for the Florida Keys, as detailed in the Monroe County lobster brochure, and respect the rules that ensure sustainable harvest.

Concerning sustainability: do not harvest a lobster without first using a lobster gauge to confirm that its carapace (from the rear of the eyes to the start of the tail) is at least three inches long; release all female lobsters bearing eggs (usually bright orange) on the underside of their carapace; and, adhere to bag limits.

A few ways to protect the reef are by not standing, sitting on, or touching the coral, not harassing marine life and properly disposing of your litter.

Don’t forget to display a dive flag (dive flags are also required for snorkelers coming from shore) and keep an operator on the vessel at all times when divers or snorkelers are in the water. It is an unpleasant surprise to discover your boat has drifted away while you were underwater.

OK, what about these tasty critters?

Common in Florida Keys and found from Brazil to North Carolina, the spiny lobster lives in rock, coral reefs, seagrass beds and hard bottom habitats in waters of the Caribbean, Gulf of Mexico and Atlantic Ocean.

Spiny lobsters feed on crabs, shrimp, snails, clams and other crustaceans and mollusks.

Besides humans, animals that feed on the lobsters include the common octopus, loggerhead turtle, blue crab, nurse shark, southern stingray and reef fishes such as grouper, snapper, and triggerfish.

If they make it, lobsters reach maturity and start reproducing at about three years of age. Although large female lobsters can spawn two to three times a year and produce up to a million eggs, as few as one egg, on average, might survive to adulthood.

Male lobsters typically grow faster than females. Lobsters are capable of living more than 20 years and reaching weights up to 15 pounds.

So, if you are coming to the Keys for lobster season, remember that no lobster is worth your life. Be safe. Be prepared. Follow the rules. Keep an eye on your air gage.

For more on lobster hunting in the Keys see:http://floridakeys.noaa.gov/whatsnew/around/2015/lobster.html

Lobster regulations for Monroe County can been seen at:http://floridakeys.noaa.gov/regs/mc_lobster.pdf

For Information on DAN see: http://www.diversalertnetwork.org/

Source: Before the bug hunt, make sure you, and your gear, are in good shape | Diving | KeysNet

BY KEVIN WADLOW A Tennessee man found off Key West with 63 lobster tails was booked into jail on 156 resource conservation counts Thursday, state marine officers report. Charles J. Emanuel, 38, of Signal Mountain was snorkeling off a canoe at the Sigsbee Ledge, a few hundred feet from a U.S. Navy campground, according…

The recreational harvest season for one of Florida’s premier fish  ̶  snook  ̶  reopens on March 1 in Florida’s Gulf of Mexico state and adjacent federal waters, including Everglades National Park and Monroe County. The season will remain open through April 30. In the Gulf, anglers may keep one snook per day that is not…

A Key West charter boat captain’s change of plea will be heard on April 21 in Plantation Key after a scheduling conflict continued the matter last week. Key West charter Capt. William Osgood Wickers Jr., 42, of Big Coppitt Key, had been scheduled last week, but Judge William Ptomey had to reschedule. Wickers is charged…

Most of us have heard the saying, “Build it and they will come.” Can we apply this to attracting butterflies? If so, what are we building? The answer to the first question is definitely yes. The answer to what we are building is a little more complicated. Before you create a butterfly garden you must…

Five out of the top 10 fishing destinations are in Florida. Fishing trips and vacations are big business in the U.S. each summer, and this week the Recreational Boating and Fishing Foundation, and its Take Me Fishing campaign, is unveiling the 2015 Top 100 Family-Friendly Places to Fish and Boat. Florida’s Everglades National Park is…