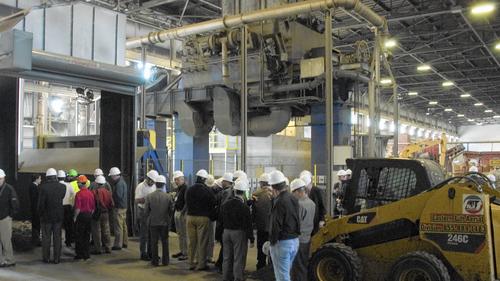 An Annapolis firm is turning a Florida community’s waste into mulch, with long-term plans of transforming it into electricity.

Last year, Energy3 — which designs, builds, operates and finances municipal energy products — became the yard waste hauler for Monroe County, Florida. Currently, the waste is taken to Moore Haven, Florida, where it is being turned into mulch and sold in home and garden stores throughout southern Florida. To date, this process has saved Monroe County $100,000.

The company is also trying to establish a long-term contract that would send the region’s waste to a proposed waste-to-energy gasification facility elsewhere in Florida. County officials will discuss the process it at its Jan. 20 meeting and will then decide if they want to pursue the process.

“That is a huge environmental advantage and really important to the Florida Keys, which probably has the most sensitive ecosystem in North America,” Energy3 chief marketing officer Patrick Saty said. “They’re really concerned about climate change. Any change to the global temperature and rise to the level of the ocean affects everybody, but it really affects them because so much of the entire county is at or near sea level.”

Energy3 would finance the gasification facility, which would have to be online within 30 months. Its partner Chinook Energy uses a system that turns waste into synthetic gas and then electricity, which can be sold back to the grid. This process was hard to explain until some Monroe County officials visited an existing plant in Altoona, Pennsylvania, said Rhonda Haag, Monroe County director of the sustainability program.

“That is a huge environmental advantage and really important to the Florida Keys, which probably has the most sensitive ecosystem in North America,” said Patrick Saty, Energy3 chief marketing officer. (Courtesy photo / Handout)

“When you listen to the science behind it, it sounds very complicated. But when you see it in action, it seems much less so,” Haag said. “We want to do what we can to reduce greenhouse gas impact and this was one of the things we can do. That’s why this proposal scored the highest, because of reducing greenhouse gas impact and of course, because of the reduced costs.”

In 2013, Energy3 officials began trying to interest Maryland communities in the gasification technology and also took them to the Pennsylvania plant. The system was designed to meet the needs of a municipality with investments ranging from $10 million for a smaller community to $180 million for a major metropolitan area, with Energy3 financing 100 percent of the cost over a 10 to 25 year period, officials said at the time.

With Monroe County, its existing contract has offered cost savings by hauling waste at $79.50 a ton as opposed to the $87.15 a ton under its previous contract. The unincorporated community, which is an island chain that includes the Florida Keys, was listed as an Area of Critical State Concern because of its environmental sensitivity and mounting development pressures.

“(The savings) doesn’t sound like much, but when you do the tonnage we do, it adds up,” said Will Thompson, Monroe County solid waste manager. “We don’t have any room to store yard waste. Everything has to be hauled out of here.”