For the past several months, a Texas A&M University System institute has been actively involved in efforts to quash a screwworm outbreak in Florida that has jeopardized an already endangered species, said the director for the Institute of Renewable Natural Resources. “While there had been no screwworm outbreaks in the U.S. for the past 30 years, one began last July on Big Pine Key, which affected the Key deer population,” said Dr. Roel Lopez, institute director and co-principal investigator for the Key deer study, San Antonio. 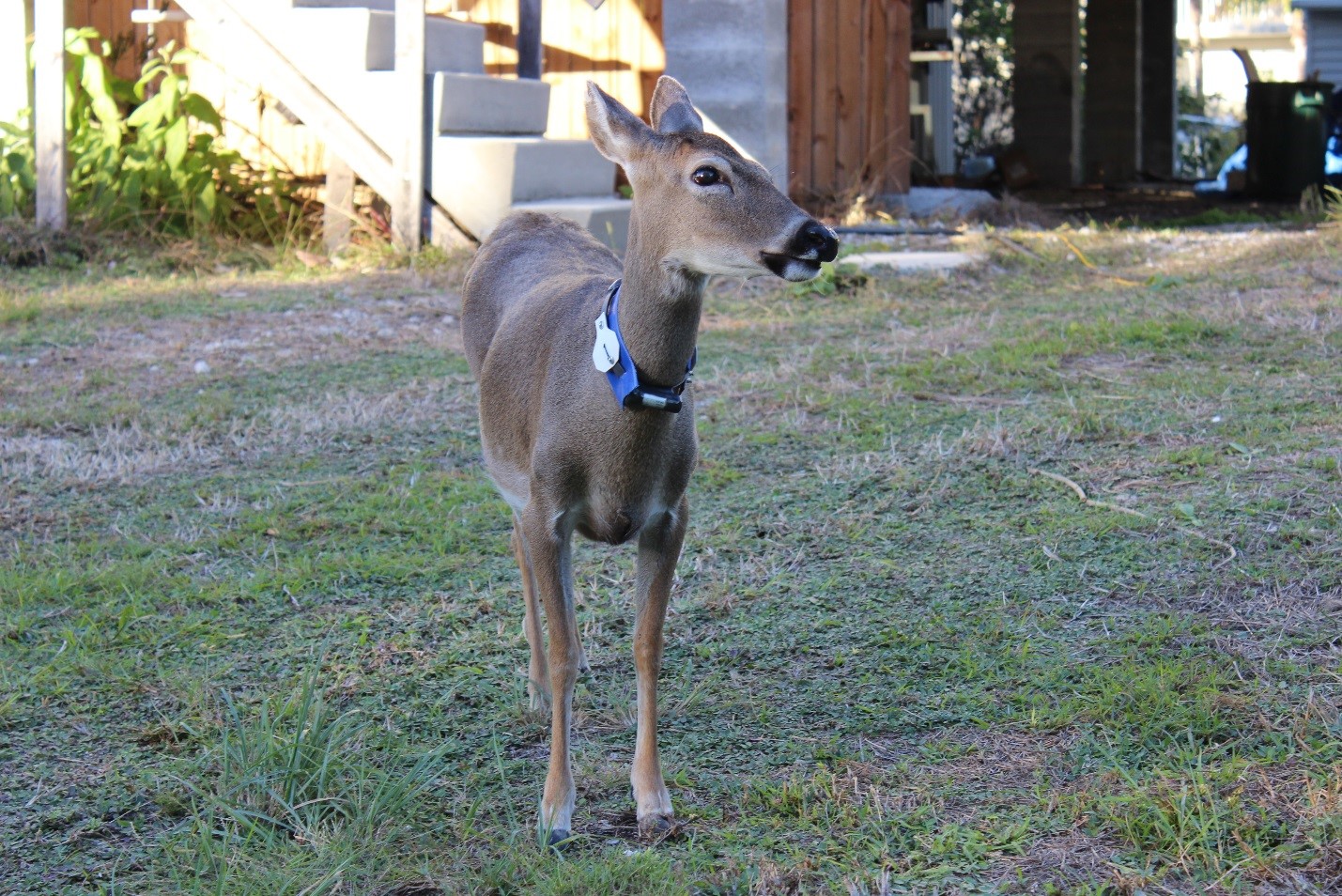 Key deer are a diminutive subspecies of white-tailed deer found only in the Lower Florida Keys.

Over the following months, screwworms infested the population, which is spread across more than 20 islands. It has led to 135 Key deer deaths, including 83 that were euthanized to reduce the risk of further infection.

“This was a significant blow to a species of which is uniquely located in that area and has an estimated population of just 875,” said Lopez, who noted the mortalities were primarily among adult males.

He said a complete survey of the Key deer had not been conducted since 2005. “With the U.S. Fish and Wildlife Service as the lead agency, we have been researching screwworm impacts and spatial distribution, as well as deer population density based on sex ratio and age,” Lopez said. “We have also been involved in determining management implications for protecting the deer. In particular, the Texas A&M institute’s efforts have been focused on helping determine how this endangered species will fare following the infestation.”

“At the invitation of the U.S. Fish and Wildlife Service and Florida agencies, our staff and research scientists have conducted multiple surveys to obtain the current estimate of the population, focusing efforts on Big Pine and No Name keys, the core area for the population.”

“All but 10 of the Key deer deaths from screwworm infestation were males,” Silvy said. “In these males, screwworms typically infected open wounds created by their fighting during their rutting season, which is from September to December, as they competed for females.”

He explained screwworm fly larvae feed on warm-blooded animal tissue, so the open wounds from the deer rut provided an environment for screwworms to infest and lay eggs.

“The screwworms eat the flesh around the wound until the deer becomes incapacitated or dies,” he said.

According to Dr. Israel Parker, a research scientist at the institute in College Station and another co-principal investigator for the study, the screwworm infestation could also cause problems for other warm-blooded animals in the area. For his master’s degree work at Texas A&M, Parker was involved in the translocation of Key deer during the 2005 survey.

“Screwworms can have devastating effects on livestock populations, so an outbreak could potentially affect many agricultural operations, depending on how widely it spreads,” he said. “The last major infestation of the screwworm in the 1960s was a significant concern for livestock producers in Texas, so it’s very important screwworms be addressed in the Florida Keys before they possibly spread and affect livestock operations on the mainland.”

Silvy noted while so far interagency efforts have been highly successful in halting the outbreak, further screwworm infestations may appear in the spring as Key does start giving birth.

“The flies could infest the afterbirth or the navels of the fawns, which is a common problem with calves in areas with screwworms,” he said. Key deer does fitted with radio collars will be monitored to find out if they or their newborn deer may be affected by screwworm flies while giving birth in the spring. (Institute of Renewable Natural Resources photo)

To help control the outbreak and assess the survivability of the Key deer, Lopez, Silvy, Parker and others from the Texas A&M institute have traveled to Florida to conduct deer population estimates and projections. They have also placed radio collars on 30 Key deer does to help find if they may be vulnerable to screwworm flies while giving birth.

“Working together, our agencies have been able to stave off further screwworm infestations,” Lopez said. “Additionally, the institute’s male-to-female population ratio estimate showed a high probability the Key deer population will continue to be viable because the adult males that died can be replaced by younger males that can mate with multiple does.

“Estimates indicate there appear to be enough males to complete the breeding season. They also show a long-term population increase of about 3.5 percent annually, which should continue.”

“In addition, several deer enclosures are proposed to be built at the National Key Deer Refuge to trap and care for healthy specimens if herd numbers become uncomfortably low,” he said.

Lopez said he hopes these strategies, in addition to continuing the monitoring protocol, conducting intensive monthly surveys, possible translocation and long-term monitoring of outer Key islands impacted by screwworm, will help ensure the survival of the Key deer.

For more information, go to https://www.fws.gov/nwrs/threecolumn.aspx?id=2147595381 or https://wfsc.tamu.edu/texas-am-institute-helping-find-key-to-preserving-endangered-florida-deer/ or contact Parker at " target="_blank">.