A Tennessee man found off Key West with 63 lobster tails was booked into jail on 156 resource conservation counts Thursday, state marine officers report. Charles J. Emanuel, 38, of Signal Mountain was snorkeling off a canoe at the Sigsbee Ledge, a few hundred feet from a U.S. Navy campground, according to Florida Fish and Wildlife Conservation Commission officers. A U.S. Coast Guard crew from Station Key West stopped around 7 p.m. to check the canoe for safety gear. As the patrol boat started to depart, a crewman spotted two catch bags dangling beneath the canoe. An inspection revealed the dozens of separated lobster tails.Emanuel “almost got away with it,” said Officer Bobby Dube, FWC’s Keys information officer. The eight-month regular lobster season starts Aug. 6. FWC Investigator Jeremy Munkelt filed 63 counts of possessing wrung tails on the water and another 63 counts for possessing lobster in a closed season. Twenty of the tails were undersized and several had been speared, adding more misdemeanor counts, the FWC report says. “Mr. Emanuel told Investigator Munkelt that he knew the season was closed but he was here and wanted to go home with something,” Dube said. Emanuel was released from jail Friday pending a court appearance.

An essay contest is underway to award an underwater wedding to mark the 50th anniversary of the iconic “Christ of the Deep” statue’s installation in the Florida Keys National Marine Sanctuary. The 9-foot bronze “Christ of the Deep” has become a symbol for Key Largo’s John Pennekamp Coral Reef State Park, America’s first underwater preserve… 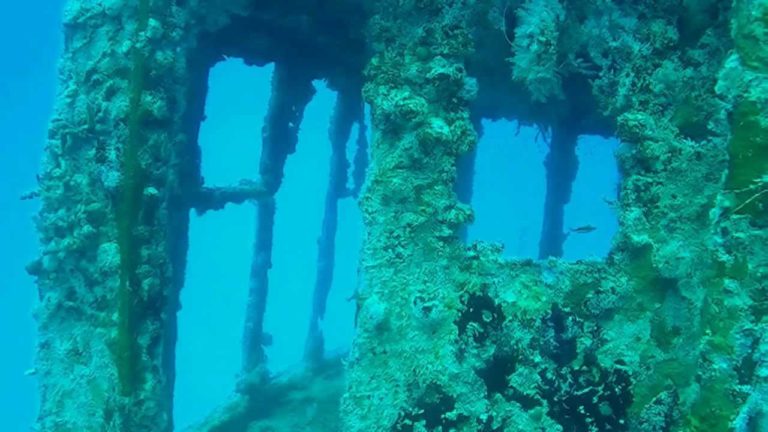 Marked by a series of mooring buoys, the remains of the Adolphus Busch, a 210-foot freighter, lay 6 miles southwest of Big Pine Key. The vessel was originally named Ocean Alley but was later renamed Adolphus Busch after the senior member of the Busch brewing family. This ship was intentionally sunk in 100-feet of water…

Why go For the holiday-maker looking to get off the beaten track a little bit and hoping to experience something unique and laid back, the Florida Keys is a perfect escape. The Keys comprise 110 miles of islands in south Florida including Key Largo, Islamorada, Marathon, Big Pine Key and the Lower Keys and the…

Non-native lionfish are a threat to Florida’s marine environment, so I recently went diving in the Keys to kill a few. (Photo: Kevin Lollar/ The News-Press) Most photographers and videographers know what it’s like to miss The Shot. Let’s say you’re out in a swamp shooting photos or video of wading birds and your camera…

Islamorada Alligator Reef – This was my second ever snorkeling trip and I feel that I have now just about advanced from ‘wimp’ status to ‘slightly nervous snorkeler clenching a noodle’. I smugly noticed that some people were more wimpy than me on this trip. It was satisfying to hear intermittent shrieking that definitely wasn’t my…