The first new full-service resort in Key Largo since 1993 has opened its doors. Playa Largo Resort & Spa, a Marriott Autograph property, opened about nine months behind its original opening date. Prime Hospitality and Shaner Hotels broke ground on the 14.5-acre property in early 2014. The 144-room resort, at 97450 Overseas Highway, is on the bay side of the Keys. It includes four three-story buildings, a 6,000-square-foot ballroom, 10 detached bungalow suites and the Beach House, a three-bedroom suite with its own beachfront plunge pool. 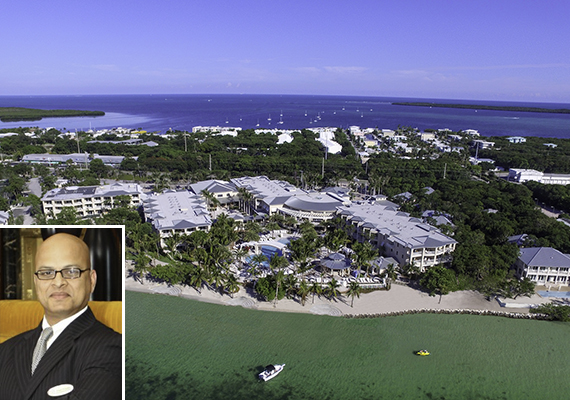 Playa Largo Resort was designed by Prime Design Associates and the Gettys Group, according to a press release.Amenities include 745 feet of beach, a swimming pool, beachfront tiki bar, three tennis courts, a spa and salon, and a children’s “discovery camp.” The resort’s wedding lawn and gazebo will support weddings of up to 650 people. General manager Shakir Hussain previously told The Real Deal that the resort is positioning itself to compete with Cheeca Lodge, a high-end full-service resort in Islamorada.Instead of the four originally planned restaurants, Playa Largo has three: La Marea, a steakhouse; Las Olas, a ceviche and sushi bar; and Sol by the Sea, a seafood restaurant.

Playa Largo Resort occupies the property that once housed the American Outdoors Campground. The campground was closed in 2005 to make a way for a doomed hotel-condominium project. Room rates currently range from $249 to $549 a night. – Katherine Kallergis