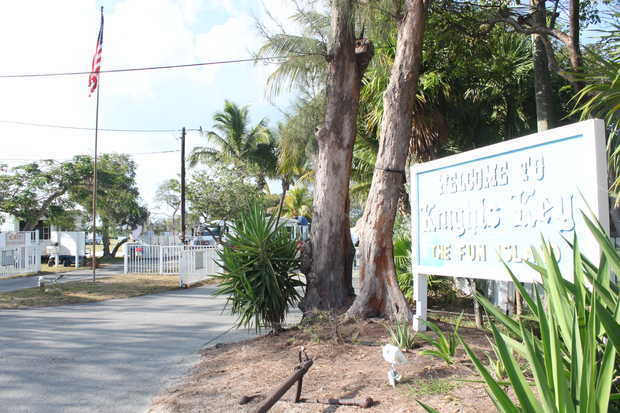 Pritam Singh is one step closer to turning Knights Key into Marathon’s next destination resort.

Singh, who built, among other things, the Truman Annex housing development in Key West and Tranquility Bay Resort in Marathon, received unanimous approval Monday from the Marathon Planning Commission for his yet-to-be named 199-room resort at the RV park at mile marker 47.5 oceanside, at the Marathon end of the Seven Mile Bridge.

“We think that this particular piece of property is the last best piece that needs to be developed in the city,” Singh told commissioners.

He said a hotel would benefit the city more than an RV park.

“The guests who are coming here are paying a much higher rate to be here and also using a lot more services,” he said. “The amount of income they’ll bring into Marathon will be substantially higher.”

Plans call for 10 buildings to house the 199 rooms, with 40 of the rooms near a pool, which will include a bar nearby. The rest of the rooms will overlook the ocean near a four-acre beach and restaurant.

Should the project be approved by the City Council, Singh expects to purchase the property in December. Construction would start in the second quarter of 2016 and be complete in early 2018.

Singh hasn’t disclosed how much he may pay for the property from Plano, Texas-based landowner CXA-10 Corp., which is owned by billionaire Andrew Beal, according Lance Kyle. The Kyle family used to own the Knights Key RV park until they sold it Earthmark in 2004. Earthmark’s plans for a resort failed with the housing bust.

Singh will have to build 30 workforce housing units on site. He’ll have to secure the rights to those units himself. Don Craig, agent for Singh in the Knights Key property, said the plan is to hire local workers rather than busing them in from the mainland.

The property comes with 199 transient units. A 2005 city ordinance allows RV spaces and hotel or motel rooms to be redeveloped into one- two and three-bedroom condo-hotel units.

People who spoke during public comment supported the project save for Marathon resident Beverly Welber. Her concerns involved increased pressure to the city’s wastewater system and more commercial space.

“The existing wastewater plant will not be adequate,” Welber said. “How many washing machines are there? How many projected loads per day?”

Singh said laundry needed for his resorts is done Miami because it’s cheaper. Laundry will be done on site only in case of emergencies. For the increased commercial space, he said the resort would have an elaborate landscape.

“This project has extremely low density. The previous project approved for this site had three times the density,” Singh said. “The density of this site is less than 50 percent of Tranquility Bay.”

Singh’s project will be vetted by the City Council in September.

Source: Board gives preliminary OK for resort on Knights Key