South Floridians are no strangers to mangoes – the time of year when round colorful fruit falls from trees in backyards across the region. One local business is taking advantage, and using the fruit almost as currency. 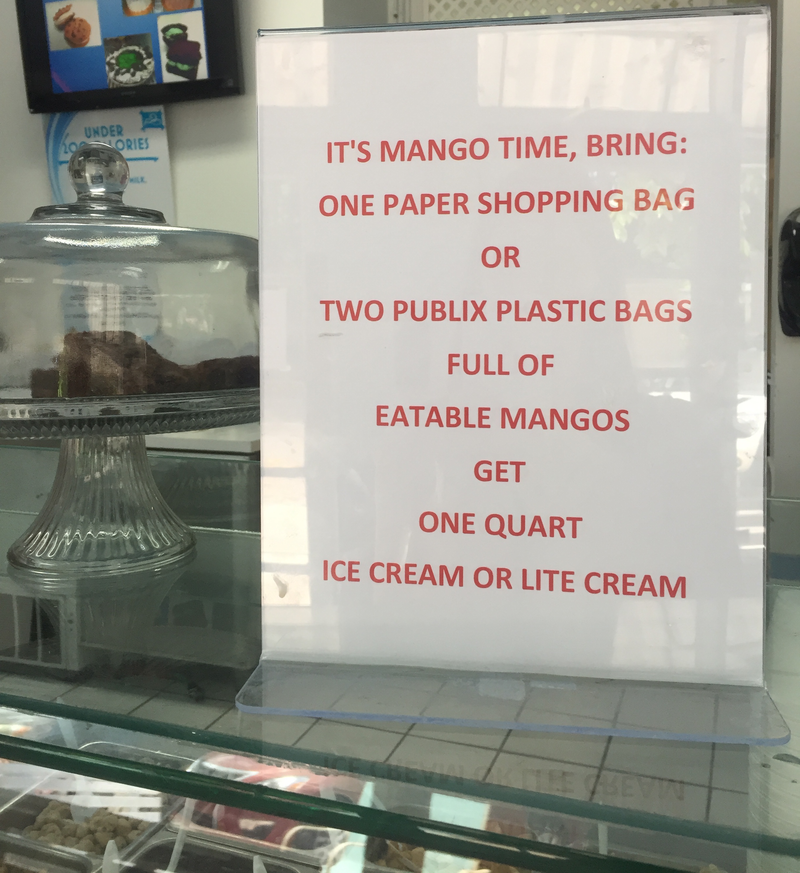 The Whip N’ Dip ice cream shop, 1407 Sunset Dr., Coral Gables,  has a sign in the window that reads: “It’s mango time.” It further invites people to bring in mangoes in exchange for a quart of ice cream.

Workers make mango puree and vanilla ice cream in the back of the store, but only with pieces of the fruit that are found locally.

Robert Cavallier has worked at the shop for almost three years and said the mango barter system started with the owner.

“It’s the same people here, it’s a family-owned business, we try to get some sort of interaction,” he said. “I think the idea came to be ‘have them bring in some mangos and we’ll give them some ice cream in exchange.’”

Whip N’ Dip may want your mangos, but Charles LaPradd, agricultural manager for Miami-Dade County, said the tree in your backyard will have less  fruit to give this year than usual.

“We’re short on mangos this year. We had several inches of rain this winter above normal,” LaPradd said.

You can still add your own mangoes to the next batch of ice cream — until August.

Source: Mangoes As Money: One Local Business Makes The Most Of A Fruity Season | WLRN