A Summerland Key [Lobster Mobster] fisherman [in the past he has been identified as from Big Pine Key] arrested in October 2014 for lobster fishing with hundreds of illegal traps was arrested again Thursday for lying on a wildlife form about his marine violation history, according to court records. 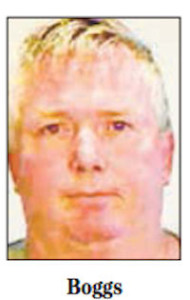 Lobster Mobster – David Lee Boggs, 51, was ultimately charged with more than 100 counts of misdemeanor fishing without proper tags. Boggs was initially found to be fishing with about 100 untagged traps, but later confessed to Florida Fish and Wildlife Conservation Commission officers that he had more in the water that needed to be removed, bringing the final total to more than 500 illegal traps, records state.

Boggs agreed to surrender 400 of his trap certificates in a plea agreement with prosecutors in August in a move that spared him any jail time. He told officials he had about 1,000 traps total in his possession, nearly half of which were being used illegally, according to court documents.

The FWC alleges in a new arrest warrant issued Thursday that Boggs wrote on an application for a saltwater retailer license in July 2015 that he had never received any fishing citations or violations while the above case was pending.

Boggs was cited in September 2014 for possession of stone crab claws out of season and possession of undersized claws as well as a February 2015 citation for commercial fishing without the proper license in addition to the above trap case, records state.

The FWC arrest warrant accuses Boggs of perjury, though the arrest warrant and jail records list the charge as second-degree misdemeanor fraud/making a false official statement. “Mr. Boggs knowingly committed perjury by not properly listing the prior citations within the past three-year period as required and then deliberately stated and circled ‘None received’ in the application,” the arrest warrant states.

His bail was set at $25,000, which Boggs posted on Thursday, the same day of his arrest, according to jail records.