A Key West charter boat captain’s change of plea will be heard on April 21 in Plantation Key after a scheduling conflict continued the matter last week.

Key West charter Capt. William Osgood Wickers Jr., 42, of Big Coppitt Key, had been scheduled last week, but Judge William Ptomey had to reschedule. Wickers is charged with 12 misdemeanor counts of selling fish to officers without a wholesale fish dealer’s license and one misdemeanor count of possession of undersized dolphin. 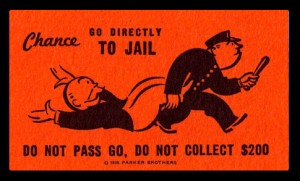 Each misdemeanor carries a maximum of 60 days in jail, but it is unlikely Wickers will spend the maximum 780 days in jail for all counts. Wickers and four other men were charged in the undercover Florida Fish and Wildlife Conservation Commission investigation into the illegal sale of finfish and lobster by charter and commercial fishermen.

In October, Larry Laney, 47, of Key West, pleaded guilty to two counts of dealing in saltwater products without a license and received 12 months probation, five days in jail, $495 in restitution and was banned from fishing recreationally for one year.

Derek Pierce, 32, of Big Coppitt Key, pleaded guilty to eight counts of illegal fish sales. He was sentenced to 48 months probation, 12 days in jail, $5,205 restitution and was banned for two years from fishing recreationally.

Yimis Roman, 36, of Key West pleaded guilty to two counts of illegal fish sales and one count of possessing undersized lobster. He was sentenced to 12 months probation, seven days jail, $850 in restitution and banned from recreational fishing for two years.