If you are a fan of Netflix’s “Bloodline” but aren’t quite as well acquainted with the Florida Keys, here is a rundown of some of the locations. Want to track down where the Rayburns live, work, eat, and play? Here’s a spoiler-free tour of “Bloodline” locations.

“We’re not bad people, but we did a bad thing.” So goes the refrain of the film noir-style “Bloodline,” Netflix’s latest binge-worthy series. The family drama and psychological thriller premiered on March 20, 2015 and has a second season in 2016 and renewed for a 3rd season.

“Bloodline” slowly peels back the secrets of the Rayburn family, reeling in viewers with taut writing and an all-star cast that includes Kyle Chandler, Linda Cardellini, Ben Mendelsohn, Sissy Spacek and Sam Shepard. 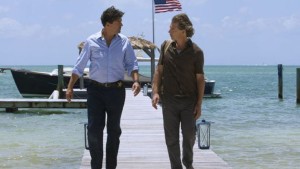 1. Family secrets in the Florida Keys

The most captivating star turn arguably belongs to the upper Florida Keys, which play as integral a role as any character. Throughout the first and second season, the sun-drenched islands dazzle with an impressive range of personas, from carefree and wholesome to gritty and seductive. They’re even eye candy in the rain. Fans of the show will immediately recognize the drop-dead-gorgeous beach where so many seminal events in the Rayburns’ lives unfold, fronted by the fictional hotel owned by Robert and Sally Rayburn (played by Sam Shepard and Sissy Spacek). Whether remembering past sins or plotting new ones, the Rayburns are forever tied to this beach.

In real life, this idyllic stretch of sand is reserved for registered guests at the Moorings Village & Spa, an exclusive 18-acre property on Islamorada. Guests appreciate the privacy they find at The Moorings, said Debra Pribyl, the property’s general manager, who recently completed watching the show’s first season. “I was completely hooked from the beginning,” she said. “By the end of Season 1 Episode 13, I wanted Season 2 to hurry up and get here.” 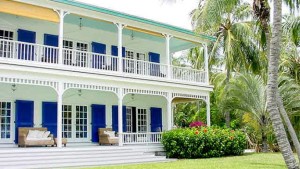 Blue Charlotte House, the largest of 18 island-style cottages at The Moorings Village & Spa, stands in as the Rayburn family home. The 6,500-square-foot house features three bedrooms, an oak spiral staircase, a chef’s kitchen with stainless steel appliances, and a Plantation-style porch with teak furnishings and ocean views. You can rent Blue Charlotte House for $2,500 a night; one-bedroom cottages and villas start at $359 a night. 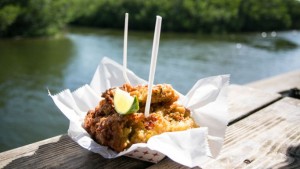 In the opening episode, John Rayburn (played by Kyle Chandler) shows up at the Islamorada bus stop to discover that his older brother is a no-show. Danny (Ben Mendelsohn) has gotten off the bus a few stops early and is wolfing down a fish taco and a beer at Alabama Jack’s, a Key Largo joint that’s been open since 1947.

“A few people have come in and ordered a fish taco because that’s what he was eating in the scene,” said “Dawg” Arnold, the self-described general manager-slash-bartender-slash-happy employee. “But really, we’re world famous for our conch fritters.” 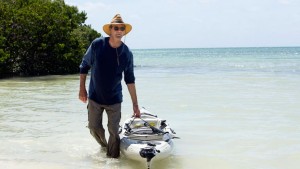 Robert Rayburn’s daily kayaking excursions are video postcards for these islands. Paddling through the turquoise waters, he passes gloriously empty beaches, thick mangroves, and even leaping dolphins. Here, in Episode 2, he comes ashore after spotting Danny on Anne’s Beach.

A Key Largo fixture since 1963, the Caribbean Club is a favorite watering hole of Danny and his old buddy Eric O’Bannon (played by Jamie McShane). They were seen here drinking, smoking, playing pool, and getting up to all kinds of trouble. 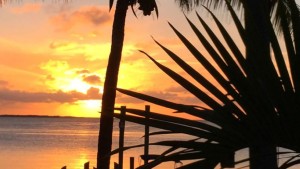 7. Sunsets at the Caribbean Club

On its Facebook page, the Caribbean Club proudly flaunts itself as “tourist attraction – dive bar,” hinting that it’s just as unpretentious in real life as on TV. While scenes for the show have been shot inside, locals will tell you to head out to the back deck, where the sunsets are nothing short of spectacular. 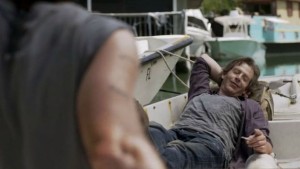 The characters spend a lot of time in boats and on docks, as in this scene shot behind Robbie’s of Islamorada. In real life, this popular tourist spot is a go-to place if you want to hand feed tarpon, charter a fishing or snorkeling boat, or rent Jetskis, paddleboards or kayaks. 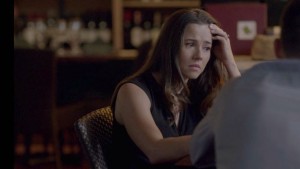 In Season 1 Episode 10, Meg (played by Linda Cardellini) finally comes clean to Marco (Enrique Murciano) about her affair. This was one of several scenes shot at the Green Turtle Inn, an iconic restaurant on Islamorada since 1947. “It’s been a lot of fun,” said Chris Frank, the restaurant’s general manager. “We’ve had people come in to check us out after seeing the show.” 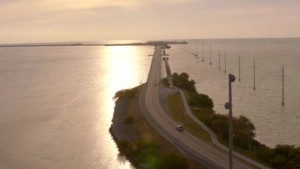 Every episode includes sweeping aerial shots of the Florida Overseas Highway, which runs from north of Key Largo all the way to Key West. It’s the only Florida highway to be designated an All-American Road. 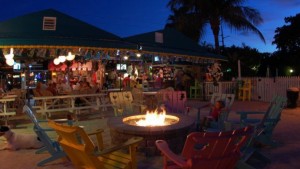 Danny downed many a drink and got into a brawl in this Islamorada pub and sports bar. In real life, the OceanView is owned by Gary Dunn, who played defensive tackle for the Pittsburgh Steelers for a dozen seasons. 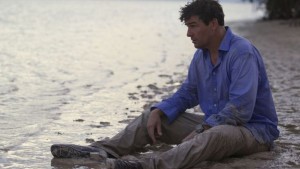 With its teal waters and thick mangroves, the narrow beach at Long Key State Park is achingly beautiful. But fans won’t be able to forget what John Rayburn did here.
Suzanne Rowan Kelleher is the family vacations expert at About.com.

Cheeca Holdings, the Wyoming-based company that sold the luxurious Cheeca Lodge in Islamorada for $100 million in 2011, is planning an upscale boutique hotel/Key Largo Resort. “I plan to do the most high-end resort down there in the Keys,” company owner Jerry Johnson told The Real Deal. In an application received Feb. 2 by the…

Key West is a popular cruise port of call on numerous Caribbean itineraries, and although many travelers flock to busy Duval Street, the area offers cruise passengers outdoor activities and unusual things to do beyond the typical tourist stops. Cruisers will have no problem finding the Ernest Hemingway House and Sloppy Joe’s Bar, but here…

Accommodation options in the Florida Keys Resorts, like the island chain itself, are rich in atmosphere and appeal. Now through 2016, eight new properties – comprising just over 1,000 rooms – are planning to open from Key Largo to Key West. Additionally, a number of meticulously renovated lodgings are welcoming visitors. Each one joins existing…

On-the-water revelers can continue partying at offshore hot spots throughout the Keys, as far as the federal government is concerned. The Florida Keys National Marine Sanctuary Advisory Council decided not to consider a proposed recommendation that could have eventually resulted in no-anchoring zones at popular shallow-water areas like Marathon’s sandbar off Valhalla, Picnic Island, Snipe…