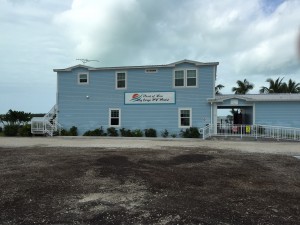 Cheeca Holdings, the Wyoming-based company that sold the luxurious Cheeca Lodge in Islamorada for $100 million in 2011, is planning an upscale boutique hotel/Key Largo Resort.

“I plan to do the most high-end resort down there in the Keys,” company owner Jerry Johnson told The Real Deal.

In an application received Feb. 2 by the Monroe County Planning Department, Cheeca Holdings stated that it is seeking to build a 138-unit resort on the current bayfront site of Point View RV Resort, located at 99060 Overseas Highway.

The yet-to-be-named resort would have two almost identically-sized, three-story buildings, each housing 66 units, as well as six guest bungalows. Amenities would include two pools, a spa, a gym a private beach, meeting space and two restaurants. Johnson said one restaurant would offer high-end dining, while the other would be casual and part of the tiki bar complex.

Cheeca Holdings’ submission of the site plan last week came on the heels of the company’s $11.2 million purchase of the Point of View property in Key Largo on Dec. 17, records show. The 11.6 acre RV resort contains 110 closely situated sites along with a 20-slip marina. As part of redevelopment, Cheeca would get rid of the boat basin.

Point of View has only been open since March 2013, but its builder, the Upper Keys-based BayView Homes, had always viewed the project as a bridge to a more upscale development on the site. Shortly before the opening, BayView owner Jim Saunders told the Florida Keys Free Press that the park would pay for itself in 2.5 years and the profits could be used for a bigger venture. Saunders is working as the local agent for Cheeca Holdings on the new hotel project, records show.

Approval of the resort might be smoothed by the fact that Cheeca isn’t starting from scratch on a development agreement. Instead, the company has asked the county to allow it to modify a November 2011 agreement under which the previous property owner, Northstar Resort Enterprises, was given until 2021 to begin construction on a 138-room hotel.

According to Cheeca’s minor deviation request, the new proposal doesn’t change the density or intensity of the plan that was approved in 2013, but merely rearranges the site.

Johnson said he would like to have the resort built by the end of 2017. He expects construction to take 14 months. He’s not yet sure when Point of View would be closed, but said it won’t happen before September.

The resort will independent and won’t be affiliated with a brand, Johnson said.