You would think something called “Joes Tug” would actually be a tugboat. However, it is a 75-foot, steel-hulled shrimp boat, and one of the most well-known novice scuba diving wreck sites in the Lower Keys, located just 7 miles southeast of Key West.

According to tales shared among Florida Keys dive operators, in 1986 Joe’s Tug sank in Stock Island’s Safe Harbor alongside a marina pier. Reportedly the wreck was destined for Miami as an artificial reef, but a group of  local “pirates” commandeered the boat and it sank during an unsuccessful getaway attempt.

It was then refloated, brought back on land to be cleaned and prepared to be scuttled as an artificial reef, fully intact. Its sink date was Jan. 21, 1989, and ever since it has rested on the sandy sea bottom in 65 feet of water. 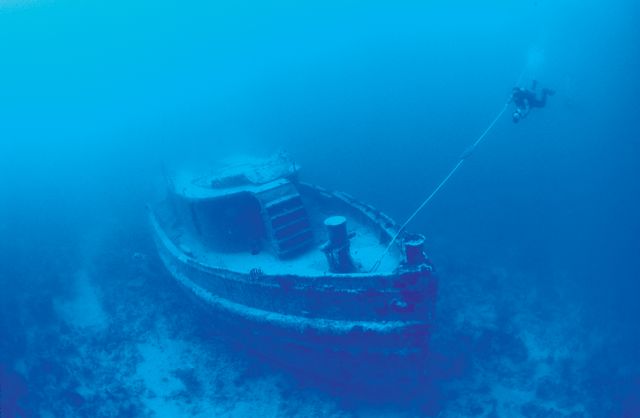 Reinforced metal that had been used to strengthen the ship’s “bones” before its intentional sinking has helped to hold Joe’s Tug together. Image: Stephen Frink

In summer 1998, Hurricane Georges ripped off the vessel’s wheelhouse, which has largely disintegrated into smaller unrecognizable bits. And in 1999, strong surge from Hurricane Irene broke the shipwreck down the middle.

Reinforced metal that had been used to strengthen the ship’s “bones” before its intentional sinking has helped to keep Joe’s Tug upright. Today it remains an excellent wreck diving site for novice, intermediate and even advanced divers.

The bow and stern are separated by approximately 30 feet, while the hull and aft deck are fully accessible for divers to easily explore the site in its entirety during a single dive.

The wreck is home to some enormous and curiously friendly moray eels and barracuda, along with an oft-seen goliath grouper affectionately named Elvis. Its entire structure is covered in abundant marine life, enveloped in soft and hard coral growth, invertebrates, large sponges and resident schools of grunts and sergeant majors.

Night diving reveals an even more vibrant marine community. Small crabs and lobsters are often seen walking along the decks of the wreck searching for dinner.

Explore Joe’s Tug and other shipwrecks on the Keys’ YouTube channel, FloridaKeysTV

Source: Joe’s Tug: Not a Tugboat at All 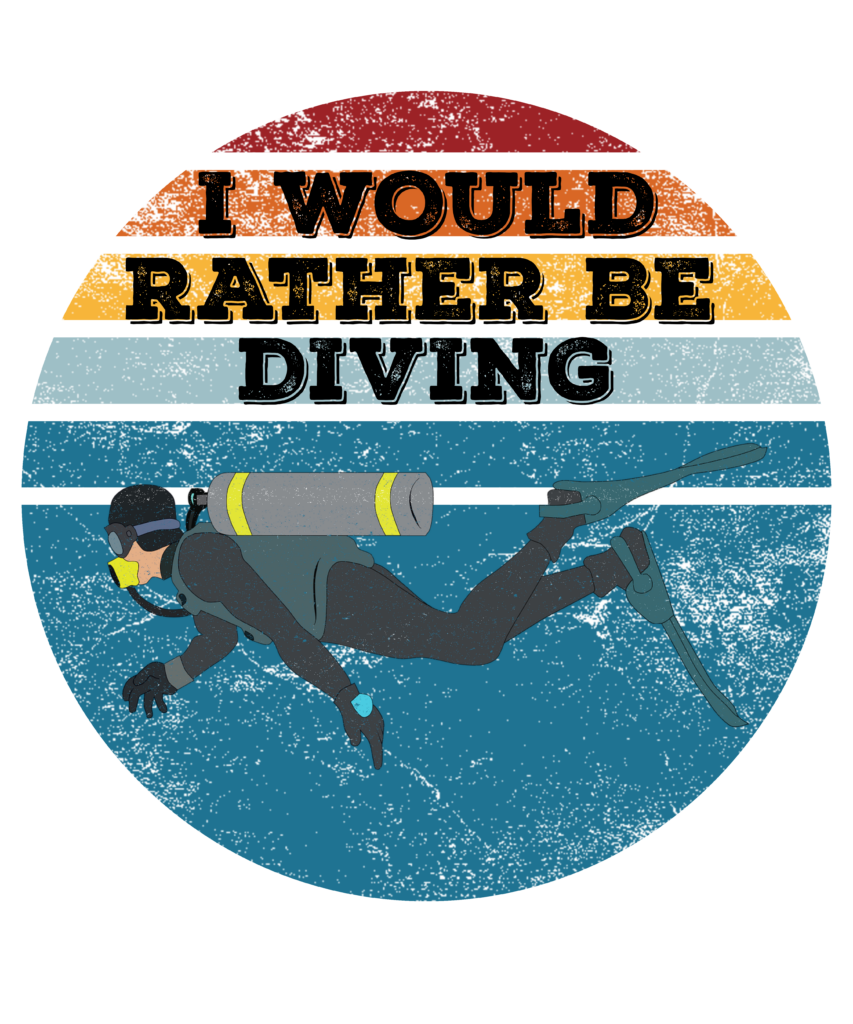 I Would Rather Be A Diving Retro Distressed Sunset

You can purchase this design on over 90 products such as Stickers, Magnets, Mugs, T-shirts, Phone Cases and much more by clicking here, https://www.redbubble.com/shop/ap/66604308

After 17 years, the confidante for legions of young readers is about to publish a new novel for adults. I read “Are You There God? It’s Me, Margaret,” when I was around 10, hidden, as usual, in a big upholstered chair in a back corner of the house. In one of my favorite scenes, a sixth…

A request for $13.5 million to repair 23 historic but badly deteriorated old railroad bridges in the Florida Keys may barely count as a down payment. Source: DEP: $184 million needed to fix the Keys’ old bridges | News | KeysNet

Traditionally, performing artists in the Florida Keys share their musical talent in island-style venues that range from outdoor amphitheater lawns to historic halls and waterfront clubs. But since coronavirus precautions currently prohibit large concert gatherings, like the Florida Keys Music Events listed below, performance stages now include virtual and streaming versions to maintain the health…

The owners of the boutique Marquesa Hotel on the corner of Simonton and Fleming streets in the Key West Historic District are vying to create a 14-room annex less than a block away. Inter-Ocean Holdings acquired the two properties that make up the Pilot House Guesthouse on Simonton Street in August for $4.2 million, Monroe…

After a several-year hiatus, state fishery managers will again address the topic of reopening the Goliath grouper fishery. The fishery was closed in 1990 due to extreme overfishing. Next month, the Florida Fish and Wildlife Conservation Commission will hear a presentation from fishery biologists and will begin to discuss possibly opening up the fishery to a…