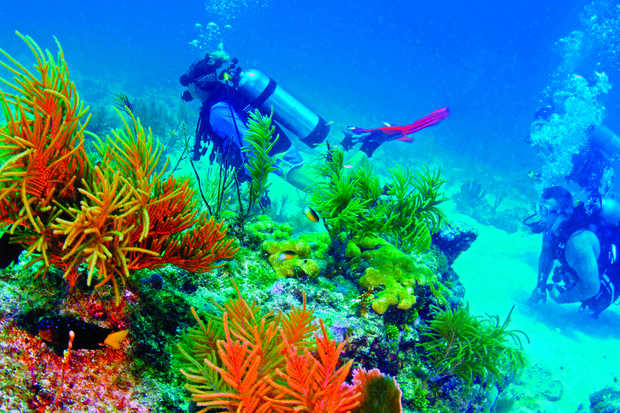 The flotilla was headed to American soil. It was 9:30 p.m. in the evening of November 19, 1821. A new member ship of the fledgling U.S. Navy, the USS Alligator, had been tacking back and forth to stay within range of the slower small flotilla of vessels following it, which the crew of the Alligator had liberated from pirates in a bay near the harbor at Matanzas on Cuba’s northeast coast. The Alligator lost sight of the other ships and its crew began throwing a weighted line into the water to measure depth in the shallow waters off the Keys. Even with this precaution the ship, traveling at a speed of about five knots, ran aground on Matacumbee Reef. After the Alligator grounded, the crew tossed several heavy items overboard in a failed attempt to refloat the ship. It sat on the reef until midday on November 21 when the Anna Maria, one of the vessels traveling with the Alligator, spotted the ship. All government property, including the cannons, was transferred to the Anna Maria. Then, the 86-foot long 12-gun schooner was set afire and burned to the water to prevent pirates from claiming her.

The Alligator, born at Boston Massachusetts only a year earlier, had a short but memorable life. It made two voyages to the west coast of Africa to intercept ships engaged in the illegal importation of slaves to the United States and had been sent to the West Indies to suppress piracy. While in Cuba, Lieutenant Allen, commander of the Alligator, was informed that pirates were holding several ships for ransom. The next morning launches from the Alligator surprised the pirates and reclaimed the pirated vessels. Lieutenant Allen died from the wounds of two musket balls suffered during the battle.  Lieutenant John M. Dale took command of the Alligator and the ship lead the newly freed vessels north to the Alligator’s final resting place.Today, a few surviving hull timbers from the Alligator lie in shallow water offshore from Islamorada.

The reef is now known as Alligator Reef in honor of its victim. A lighthouse was constructed on Alligator Reef after it claimed several ships. It is one of the more readily visible of Florida’s reef lights from the overseas highway.  It turns out that Alligator Reef, besides having been a ship trap, is a great place to scuba dive or snorkel. Other dive spots off of Key Largo and Tavernier, like Molasses Reef, French Reef, Conch Reef and Davis Reef are well known by divers. But, Alligator Reef, a few miles farther south, is well worth the trip. I decided it was time for a visit to Alligator Reef and booked a trip with Key Dives located in Bud N’ Mary’s Marina, a short boat ride from the reef.Alligator Reef contains a horseshoe shaped 25 feet deep gully, a patch system ranging from 8 to 25 feet and a spur and grove system that slopes from 45 feet to 90 feet deep. The patch and gully are located in a Sanctuary Preservation Area (SPA) — no taking or, put another way, leave only bubbles and take only photos.

Few divers realize that the greatest variety of fish ever recorded in any location in the Americas is the 517 species recorded for Alligator Reef in the Florida Keys in the 1960s. According to “A List of Fishes of Alligator Reef, Florida with Comments on the Nature of the Fish Fauna,” Alligator Reef fish fauna “is now the richest known of any single location in the new world.” (See: http://www.goldendolphin.com/WASdisk/fishlist/fishlist.htm.)

With this wide diversity of fish species, a diver can usually see angel fish, damsel fish, tang, parrot fish, snapper, grunt, lobster, a host of other critters and a numerous colorful hard and soft coral.

O.K, let’s get back to the dives. Our divemaster was Laura Curcio, who owned a real estate appraisal business in Long Island, New York when the dive bug bit her. Now she spends her days being a dive guide. The water was flat, the wind was calm and, although it is early fall, there weren’t too many of those pesky moon jellyfish.

Laura carefully described each of the two afternoon dives, first the patch system and then the gully. Because there were new divers on the boat, she checked out each diver’s equipment- air on, BCD works, regulator works – ready. I jumped in first and then waited with my camera in hand.

When all the divers were off the boat and in the water, Laura signaled to descend. At the bottom she gave everyone the “are you OK?” sign. She got the “I am OK” sign in return and off we went. I was reminded of a mother duck carefully leading her ducklings. Not having to be the person guiding the divers, I was able to take photos. Because of the novelty of this experience, I ended up taking a lot of shots of Laura and her ducklings.

Coming up from the dive Laura carefully threaded the divers through the moon jellyfish to help avoid the unpleasant but not dangerous stings. Everyone had a great time and saw a lot of cool marine life.

It was just another tough day in paradise.