Advice from Florida Bay guides and anglers, shared on trips to remote waters, helped shape Everglades National Park’s new management plan. The extensive plan, released Friday after more than a dozen years in the making, outlines new pole-or-troll zones for boaters in the park and lays the groundwork for mandatory boating education and boat fees for park waters.

“I think most of the plan is a really good compromise between allowing use of the park and protecting its resources,” Key Largo backcountry guide Lain Goodwin said Tuesday.

Since the last public hearing on Florida Bay proposals in the spring of 2013, park officials including former Superintendent Dan Kimball and chief planner Fred Herling went into the bay with guides who made recommendations on reasonable boundaries for zones, and adding more use of more unmarked channels well-known to Florida Bay professionals and enthusiasts.

“We fine-tuned [zone] boundaries so they more accurately reflect on-the-water conditions,” Herling said. About 200 square miles of water — about a third of Florida Bay in the park — will be designated for slower speeds or poling. “We initially didn’t reflect local knowledge [on channels] and use that was more informal in nature,” Herling said. “Now that knowledge will be incorporated into the bay’s transportation network.”

The Florida Bay plan issued Friday largely reflects a zoning map and regulations shown to an informal advisory group of about three dozen guides, anglers and conservationists in February 2014.

“There was general support then,” Herling said. “There was some concern that the plan is still too restrictive and from folks on the other side that it doesn’t do enough to protect the resources.” Goodwin said, “In some areas, it won’t be the easiest thing to deal with on a daily basis. But we compromised to protect the resource, which a lot of us agree had to be done.”

A major change creates pole-troll-idle zones — large areas where boaters can use motors at slow speed at high tide. The areas were initially proposed as no-motor areas. Idle speeds were “a suggestion from the public,” Herling said. “Obviously at low tide, they would still be treated as pole-or-troll, but at high tides the water is plenty deep enough to use the motor and get around a little faster.”

“That’s gives us a little more reasonable access into these large areas,” guide Ted Benbow said. Joe Bay, in the northeast bay, has been closed for three decades to protect American crocodile nesting. With crocodiles expanding their range, Joe Bay will be opened to paddle craft.

“Some things [in the plan] will be useful and some things have been neglected,” Islamorada guide Steve Friedman said. “I don’t this will solve the bigger issues of the environment, like the need for state and federal regulation on water quality. I really don’t think prop scars are causing the most damage to Florida Bay.”

A new boater-education and permitting system will be rolled out in phases beginning in 2016.

“That was the only thing that all parties agreed on,” Friedman said. “If somebody’s bringing his boat down from Ocala, they have to show somehow they have an idea of what they’re doing.” “We [guides] already have to buy boat permits,” Benbow said. “Why not other people?” Herling said the still-undetermined cost of the education certification and boat permits is expected to be “nominal.”

The recreational harvest season for one of Florida’s premier fish  ̶  snook  ̶  reopens on March 1 in Florida’s Gulf of Mexico state and adjacent federal waters, including Everglades National Park and Monroe County. The season will remain open through April 30. In the Gulf, anglers may keep one snook per day that is not…

Florida Keys [anglers] residents spoke out on dolphin fish harvests, lobster bully-netting, lionfish problems and grouper seasons when meeting with state fishery managers last summer. Wednesday in Panama City Beach, board members of the Florida Fish and Wildlife Conservation Commission will consider whether to act on any of the concerns gathered at a statewide series… 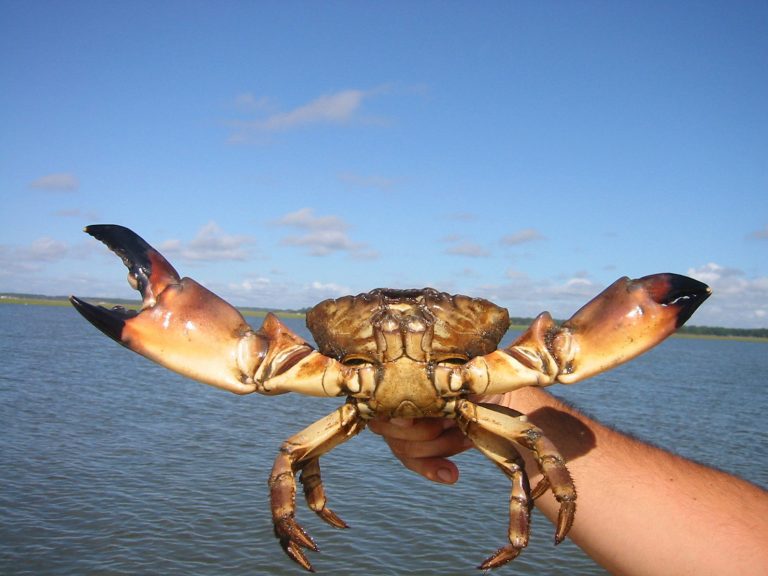 Do you love eating StoneCrab claws? Did you know YOU can place your own Recreational Stonecrab traps? Stonecrab season begins Oct. 15. Read on if interested. Florida’s recreational and commercial stone crab claw harvest season opens Oct. 15 in state and federal waters. New Recreational Trap Requirements Recreational harvesters who are age 16 and older…

Federal fishery managers have approved a measure that they hope will prevent a closure like the one that occurred in the lucrative Florida Keys commercial yellowtail snapper fishery earlier this year. The South Atlantic Fishery Management Council agreed to modify the current fishing year for yellowtail snapper, changing it from a calendar year to an August to…

With summer drawing near, it’s no secret that anglers want to be on the water. Learn about everything from boat ramp etiquette to need-to-know boating tips for boating in Florida. Boating Tips Preparation and launching: A busy boat ramp can be intimidating. However, an understanding of some very basic principles can help keep you safe and confident before you even…