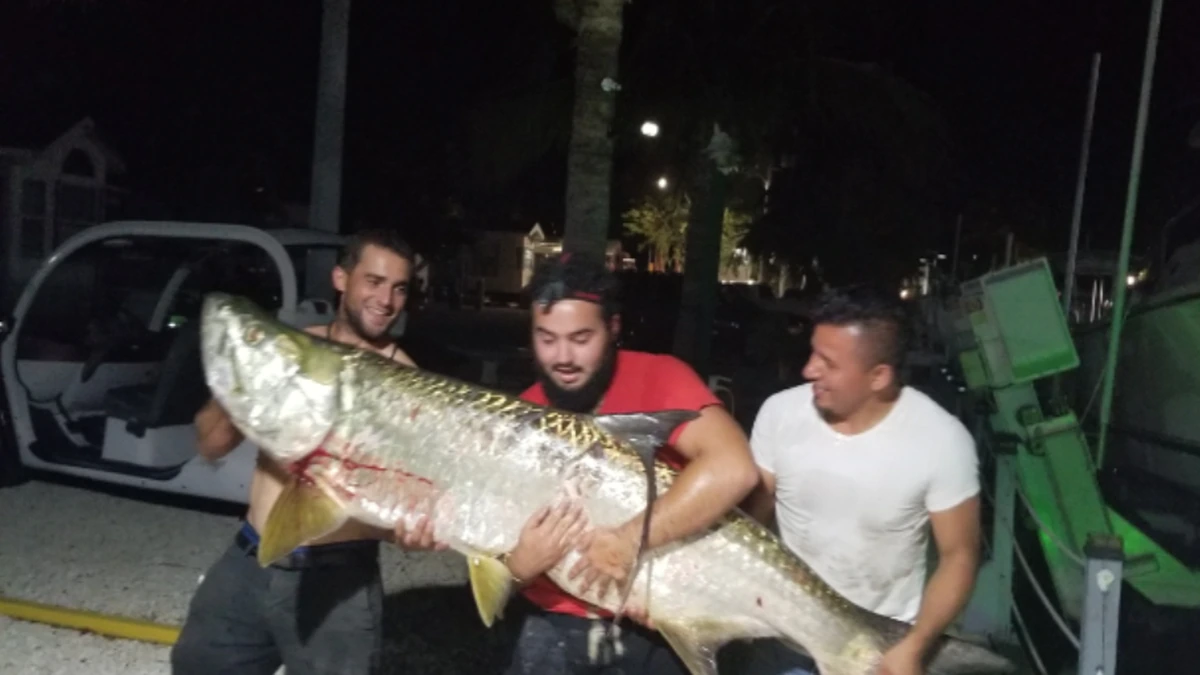 The Florida Fish and Wildlife Conservation Commission (FWC) arrested two individuals for the illegal killing of a tarpon in Key Largo. Officers are working to identify a third individual who was also involved. 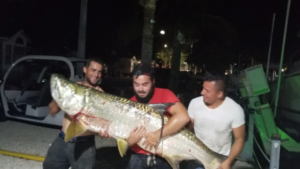 In March, the FWC received photographs and video of a large tarpon being held by three individuals on a dock in Key Largo. Thanks to tips and information from multiple witnesses, two of the three individuals were identified and additional photographs were provided showing the men hoisting the tarpon into a truck. This case highlights the important role the public plays in assisting law enforcement through FWC’s Wildlife Alert Program in preserving Florida’s natural resources and bringing those who violate the law to justice.

Tarpon are a premier game fish in Florida and are prohibited from harvest unless the angler is in pursuit of a world or state record and in possession of a tarpon tag. They are rarely ever used as a food fish due to poor meat quality and the large number of bones. In addition, tarpon more than 40 inches long must remain in the water (including their gills) at all times.

“I appreciate the dedication of our officers and investigators for their diligence in this case as well as the public’s assistance with identifying these individuals,” said Maj. Alfredo Escanio, commander of the FWC’s South Bravo Region. “The illegal harvest of our natural resources will not be tolerated.”

“Tarpon are one of the many species that make Florida the Fishing Capital of the World,” said Division of Marine Fisheries Management Director Jessica McCawley. “Florida anglers love fishing for these beautiful and, often, large fighting fish, and we want to make sure they are protected for years to come.”

Arsenio Ravelo, 21, of Homestead and Sergio Leon, 28, of Hialeah were arrested and charged with multiple misdemeanors. A bond amount of $75,000 was set for both suspects and their charges are as follows:

If anyone has information regarding the third individual, contact the FWC’s Wildlife Alert Hotline at 888-404-3922.

For more on tarpon regulations, visit MyFWC.com/Marine and click on “Recreational Regulations” and “Tarpon.”

Source: FWC arrests 2 for the illegal killing of a tarpon