Good news last week for mullet, the bigger fish that eat them, and the recreational fishers who catch them both: the Florida Supreme Court upheld netting restrictions adopted by constitutional amendment in 1994.

Florida’s high court rejected a petition by the Wakulla Fishermen’s Association to overturn an appeals court ruling affirming a ban on gill nets in state waters. In 2013, the commercial fishers’ group convinced a Leon circuit judge to strike down netting rules on grounds they are unfair. That ruling allowed a brief period of gill netting for mullet until the Florida Fish and Wildlife Conservation Commission won an injunction to keep the ban in place while the issue made its way through the courts.

“The constitutional amendment that has protected Florida’s marine fisheries for more than 20 years is safe and intact once again,” CCA Florida chairman Bill Campsaid in a statement. Florida’s bait fish populations and inshore fisheries have shown dramatic improvement since the netting rules took effect in 1995.

Acoustic telemetry is used to measure impacts of catch-and-release fishing on goliath grouper and to determine behavior patterns of this federally protected species. Background Goliath grouper (Serranidae: Epinephelus itajara) occur in tropical and subtropical waters from the west coast of Africa to the east coast of Florida, south to Brazil, and throughout the Gulf of…

At its February meeting, the FWC approved a proposal to protect multi-species fish spawning aggregations near an area known as Western Dry Rocks. “This decision is based on sound science conducted not only by FWC but also by partners at Bonefish & Tarpon Trust,” said FWC Chairman Rodney Barreto. “This science-based recommendation has been endorsed by…

The South Atlantic Fishery Management Council has approved new recreational and commercial regulations for hogfish, a popular fish in the Florida Keys for catching and eating. The South Atlantic Council, which has jurisdiction from the Keys to North Carolina, agreed last week to reduce the bag limit for hogfish caught off South Florida from five… 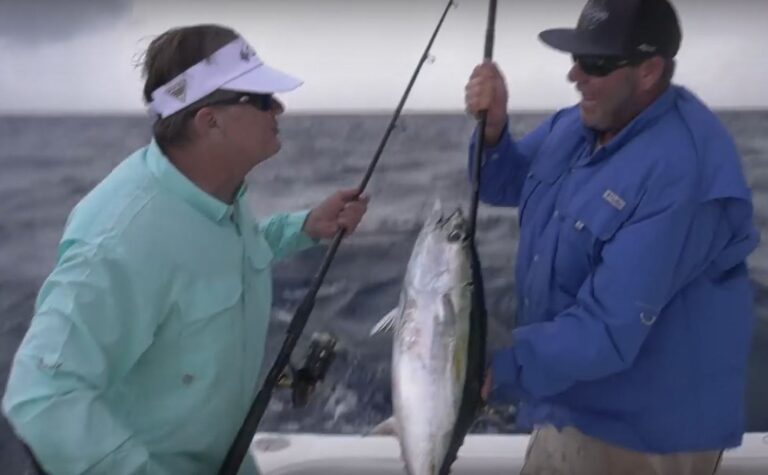 An example of why anglers flock to the Florida Keys. George Poveromo and local ace Ariel Medero begin their October trip by “yellowtailing”. Within minutes of dropping anchor and chumming, clouds of “flags” (large yellowtails) materialize behind the MARC VI. Between traditional yellowtailing tactics and live-chumming, the duo limits out and releases dozens more.  …