During a recent visit to the Florida Keys State Parks I tried to do something I’d neglected in the past. I attempted to visit as  many of the state parks as I could to get a better sense of what they have to offer. 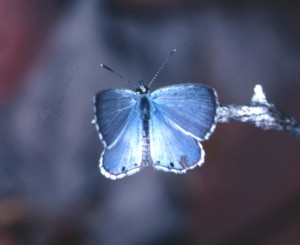 My main destination was Bahia Honda State Park to look for butterflies that had been reported a week or so before my visit. Bahia Honda was once one of the last bastions of the endangered Miami blue butterfly, but that species was long gone because an uncontrolled population of iguanas was eating the nickerbean where they laid their eggs. I didn’t see any iguanas on my most recent trip, but they hide well.

For many visitors, one unique  attraction of this park is a chance to walk on a remnants of a former section of Henry Flagler’s railroad that linked Key West to the mainland. Sections of the railroad were destroyed by a hurricane  that struck in the 1930s.

There are plenty of other things to do. A park concessionaire offers kayak rentals and snorkeling in the clear waters surrounding the island. The park also has a campground and nature trails.

Further north is Curry Hammock State Park. This small park’s main claim to fame is that it’s the site of the annual Keys Hawk Watch, a vigil that occurs each September and October to track migrating birds of prey that pass through the Keys.

I’ve stood with surveyors on the observation deck and watched peregrine falcons zoom by as red-tailed and broad-winged hawks and turkey vultures soared overhead. This park has iguanas, if you haven’t seen one.

Next was Long Key State Park.

If you want to experience a taste of the diverse habitats that exist in the Florida Keys, take the Golden Orb Trail. The  1.1-mile trail is named for the spiders the trail guide said sometimes build webs along the trail. The trail winds through mangrove swamp, rockland hammock and tidal rock barrens. The crabs in the shallow pools on  the trail are entertaining to watch.

Its main attraction is its glass-bottom boat tours that give visitors a glimpse of the diversity of marine life in the near-shore areas off Key Largo. The park has plenty of terrestrial wildlife as well, including some Florida specialties such as black-whiskered vireo, white-crowned pigeon and mangrove cuckoo.

I visited the park several years ago with my wife. We were standing in line for the boat tour when a mangrove cuckoo landed in the tree next to me. I pointed it out to someone standing in line. He shrugged. If only he realized what some people pay for a chance to see one of these birds in Florida, he might have been more impressed.

This park was once proposed for the site of a major development, but instead is a vast preserve that includes one of the largest remaining tracts of tropical hammock in Florida.

Public trails allow access to parts of it. The rest is accessible via a backcountry permit available at Pennekamp.

In spring in the backcountry areas it’s possible to find the rare Schaus’ swallowtail butterfly. I have also seen a colorful diurnal moth called Faithful Beauty.

You can also see black-whiskered vireos and mangrove cuckoos here as well as many other songbirds during migration. A visit to the park also offers a chance to learn more about the plants that grow in this habitat.

There are some other parks I missed on this trip but are worth a visit .

One is Lignum Vitae Key State Botanical Park  is a 280-acre island accessible only by private boat or by tour boats run from a nearby marina. It is dominated by tropical hammocks and offers some good wildlife viewing at the right time of year, including the uncommon Florida purplewing butterfly.

Another is Windley Key Geological Reef State Park offers a glimpse of the area’s geological history through the view of the walls of a quarry that was operated for more than half a century. The visitor center offers a display of Flagler’s railroad, which was built using stone from this quarry.