A major benefit of rebreathers is longer dives because a portion of the gas supply is reused, than when using open circuit scuba tanks.

Rebreathers are great for photography because they don’t frighten fish with exhaust sounds. And, they deliver warm, moist breathing gas and a more optimum gas mixture for divers on extended and deeper dives.

The difference in the method rebreathers operate is the manner in which they add gas to the breathing loop, and control the concentration of oxygen in the breathing gas.

Generally, the breathing loop includes a carbon dioxide (CO2) absorbent canister, a way to add fresh oxygen needed by the diver, and a design to ensuring that gas circulates in one direction. A single fill of a small gas cylinder or cylinders and CO2 scrubber can last, depending on the model, from one to six hours; and, gas duration on a rebreather is nearly independent of depth allowing a diver to spend more time at the deepest portion of a dive.

In 1943, Jacques Cousteau and his partner Emilie Gagnan co-invented a demand valve system that supplies divers with compressed air when they breathe. It turns out, however, that rebreathers have been around longer than better known open circuit scuba gear. Englands Henry A. Fleuss submitted a patent in 1878 and the rebreather was used two years later to close some crucial valves in the Severn River.

The normally red-hot Florida Keys spiny lobster fishery in South Florida seems to be cooling off this season, or at least Asian buyers seem to becoming more shrewd about the lucrative market. Spiny lobster is the Florida Keys’ most profitable commercial fishery, generating more than $50 million a year directly to the local economy. “Prices… 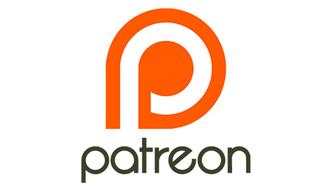 So you ask  What is this Patreon about? Patreon users are grouped by content type. These content creators set up a page on the Patreon website, where patrons can choose to pay a fixed amount to a creator one time or on a monthly basis. A creator typically displays a goal that the ongoing revenue…

As the Florida Keys National Marine Sanctuary strives to assess impacts from Hurricane Irma, the public is asked to help by reporting conditions on and in the water. The observations will assist sanctuary staff in responding to immediate concerns and developing short- and long-term management actions. First and foremost, be careful of on-water and underwater…