A new study provides the first detailed documentation of a shallow water fish diving 450 feet deep to spawn. Uncovering this very rare spawning behavior in bonefish (Albula vulpes) is unprecedented. Using active acoustic telemetry and sonar data along the southern shore of Abaco, The Bahamas, a team of scientists led by Florida Atlantic University’s Harbor Branch Oceanographic Institute in collaboration with Bonefish & Tarpon Trust, and University of Massachusetts Amherst, has discovered that although bonefish live in shallow waters less than 6 feet, they dive “deep” into the abyss to spawn.

While prior research in 2013 showed that bonefish descended approximately 164 feet to spawn, this new scientific finding reveals that bonefish descended to depths reaching 450 feet, and moved below 325 feet for two hours before spawning in a rush upward to 220 feet deep. Findings from the study, published in the journal Marine Biology, will be instrumental for conservation efforts for this economically and culturally important fish species.

“We were stunned by this discovery because the bonefish moved out beyond the incredibly abrupt and steep shelf drop off into the Providence Channel in Abaco,” said Steven Lombardo, first author and a Ph.D. candidate who works with Matt Ajemian, Ph.D., senior author, an assistant research professor at FAU’s Harbor Branch and head of the Fisheries Ecology and Conservation (FEC) Lab. “Data from our acoustic telemetry tags showed us in real time that bonefish were capable of handling extreme pressures. When they reached 334 feet in the first dive, we were floored, and 45 minutes later when they reached 450 feet deep, we were absolutely astonished.”

Active acoustic telemetry enabled the scientists to observe the spawning movements and is a method that employs small pill-like tags that are surgically implanted into the fish’s abdominal cavity, emitting an ultrasonic ping every three seconds. Researchers listened for the pings emitted from the tags using a boat-mounted directional hydrophone, using the strength of the signal communicated from the tag to the hydrophone to determine what direction to move the boat and follow the fish. Each ping transmitted by the tag inside the fish relayed data to the scientists, informing them of the depth of the fish’s location and the water temperature.

The researchers spent four days from sunrise to sunset observing the bonefish pre-spawning aggregation in hopes that they would move offshore to spawn. At sunset on the final scheduled night of their research cruise, bonefish began “porpoising,” where they gulped air at the surface, and then proceeded to move offshore following the edge of the continental shelf. The successful observation of bonefish spawning capped an 18-hour shift on the water, spanning two days.

“Following the bonefish on their offshore spawning migration was a marathon for the science team as well as the fish,” said Aaron Adams, Ph.D., co-author, senior scientist at FAU’s Harbor Branch and director of science and conservation at Bonefish & Tarpon Trust. “Most importantly for conservation, now that we know the conditions bonefish require to spawn we can better focus our efforts for habitat conservation.”

When many species of coastal marine fish spawn, they spawn in groups known as spawning aggregations, which are mixed males and females. These fishes follow a process known as “broadcast spawning” in which the males and females eject sperm and eggs into the open water where the eggs are fertilized. The eggs hatch in about a day, and the tiny larvae that hatch from the eggs live in the open ocean as plankton for days to months, depending on the species, before finding shallow water and becoming juveniles. Adults of many of these species migrate long distances from their home ranges to spawning locations, often spawning on the edges of reefs adjacent to deep water.

Unlike other coastal marine fishes, the bonefish partakes in a unique three-point spawning migration, traveling up to 70 miles from shallow water home flats to form nearshore pre-spawning aggregations before moving offshore to reproduce. Once at the pre-spawning location, they gather in large groups often numbering anywhere from 5,000 to 10,000 bonefish.

“Despite their economic and cultural importance, there are concerns about the long-term health of the bonefish fishery. Because of habitat loss and harvest in some locations, bonefish are classified as ‘Near Threatened,’ therefore information on their reproduction is critical to conservation efforts,” said Ajemian. “We are continuing our work on the offshore spawning movements of bonefish. We will be observing more spawning events at different locations and also will characterize what larval bonefish may be feeding on at these great depths.”

This research will support the ongoing efforts of the Bonefish Reproduction Research Project at FAU’s Harbor Branch, informing techniques used to rear captive spawned bonefish larvae through the feeding phase of development and beyond.

Bonefish are world renowned for their speed and fight on a light tackle, and support economically and culturally important fisheries throughout the tropics. The annual economic impacts of the fishery exceed $465 million in the Florida Keys, $169 million in The Bahamas, and $53 million in Belize. On many of the Bahamian islands, the fishery accounts for approximately 40 percent of the economy, where the job of fishing guide is often among the highest paying and the occupation is often passed along family lines.

Funding for this research was provided by Bonefish & Tarpon Trust and the National Fish and Wildlife Foundation. The work was conducted under The Bahamas Department of Marine Resources (permit: MA&MR/FIS/17).

Florida Atlantic University, established in 1961, officially opened its doors in 1964 as the fifth public university in Florida. Today, the University, with an annual economic impact of $6.3 billion, serves more than 30,000 undergraduate and graduate students at sites throughout its six-county service region in southeast Florida.

The University is placing special focus on the rapid development of critical areas that form the basis of its strategic plan: Healthy aging, biotech, coastal and marine issues, neuroscience, regenerative medicine, informatics, lifespan and the environment. These areas provide opportunities for faculty and students to build upon FAU’s existing strengths in research and scholarship. 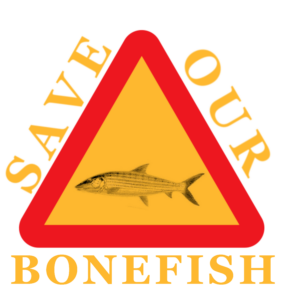