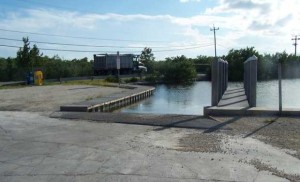 Residents living by the city-owned Harbor Drive boat ramp near Aviation Boulevard behind Florida Keys Marathon International Airport may get some reprieve from what some call encroachment in their area.City Manager Charles Lindsey told the Marathon City Council at its meeting Tuesday that he and city staff might have a proposed ordinance to present at the Feb. 9 council meeting, scheduled for 5:30 p.m. at the Marathon Government Center. The ordinance would most likely change the adjacent bike path from a no-parking zone to a tow-away zone. Outside of the few parking spots next to the ramp, changing the surrounding area to a tow-away zone would essentially make the Harbor Drive boat ramp a drop-and-launch point.

“Right now it says no parking. We’ll have to make it a tow-away zone so people can be written up,” Mayor Mark Senmartin said. “If it’s going to be a tow-away zone, they’ll be paying wrecker fees and storage after six hours. Those are some pretty significant fees involved.” Senmartin estimates towing a vehicle can cost around $85 to get free from storage. There could be extra fees depending on how long the tow yard has the vehicle.Should the ordinance be presented at the Feb. 9 meeting, it would have to be heard twice before the City Council before passing.

If that happens, signs would most likely be posted near the boat ramp warning drivers of the tow-away zone.Councilman Dan Zieg expressed interest in wanting to hold a public workshop with nearby residents on whether the ramp should be restricted to locals or if a permit from the city should be required in order for the larger public to launch from the ramp.Council members suggested levying fines up to $100 for illegally parking near the boat ramp and requiring users to go to City Hall and obtain a permit to use it.