The lone resident American Crocodile at Fort Jefferson, in the Dry Tortugas, has been there for almost two decades, according to National Park Service rangers. 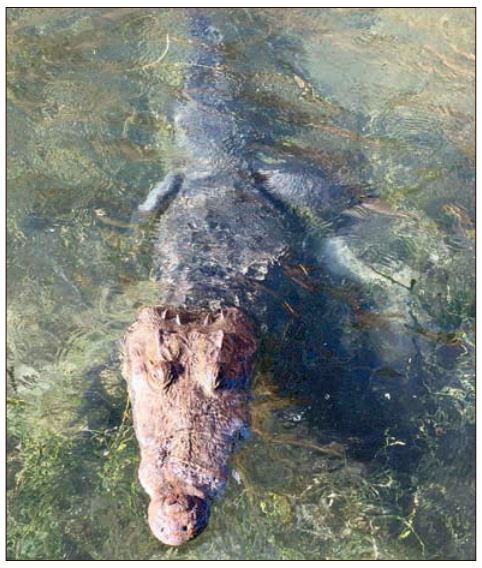 There were fewer than 200 when the American Crocodile was listed as endangered on the federal Endangered Species List in the 1970s. Now it is estimated there may be as many as 2,000 throughout South Florida.