Every day is an adventure in the Florida Keys, where the subtropical climate and scenic natural setting create an ideal backdrop for high-energy activities no matter what the time of year. Visitors easily enjoy watersports and energetic eco-adventures, unparalleled offshore diving and organized sporting challenges for endurance-sports enthusiasts, but also enjoy a little wackiness while they’re at it.

Put one or all of these “Only in the Keys” events on your Florida Keys bucket list.

Each April, a nearly 40-year-old foot race over the convergence of the Atlantic Ocean and Gulf of Mexico temporarily closes the world-famous Seven Mile Bridge, the longest of 42 spans on the Florida Keys’ Overseas Highway. Slow runners in the iconic race risk being collected by the sweep bus, which picks up racers who don’t keep a steady pace, creating a lighthearted “beat the bus” approach to the unique, community-minded Seven Mile Bridge Run.

Attractions for paddleboard and self-propelled watercraft fans include the 12-mile Key West Paddle Classic, a race around the United States’ southernmost island that usually takes place in May.

Key West Island Swim: FKCC Swim Around Key West, held each June, is a 12.5-mile swim clockwise around the entire island of Key West. Individual swimmers and relay teams can compete. The route takes swimmers through the waters of the Atlantic Ocean and Gulf of Mexico, ending where they began at Smathers Beach.

An offbeat festival that commemorates the Florida Keys’ symbolic secession from the United States is celebrated in April. The Conch Republic Independence Celebration recognizes the republic, which was born following a 1982 U.S. Border Patrol blockade of the island chain. In protest, citizens organized the secession, declared war on the mother country, surrendered 60 seconds later and demanded $1 billion in foreign aid. The anniversary of the secession is marked each year with a roster of eccentric events.

In a list of the “best of the United States” by TripAdvisor, Key West’s nightly Sunset Celebration has been named America’s best free attraction. For nearly 40 years, the daily fête at Mallory Square has drawn large nightly crowds to applaud the talents of colorful street performers, view local artisans’ handmade wares and watch the sun sink beneath the horizon beyond Key West Harbor.

A tightrope walker, jugglers, mimes, fortunetellers and musicians are among the attractions. Sunset celebrants also can browse and buy from local artists selling items ranging from jewelry and hand painted T-shirts to photography and paintings. 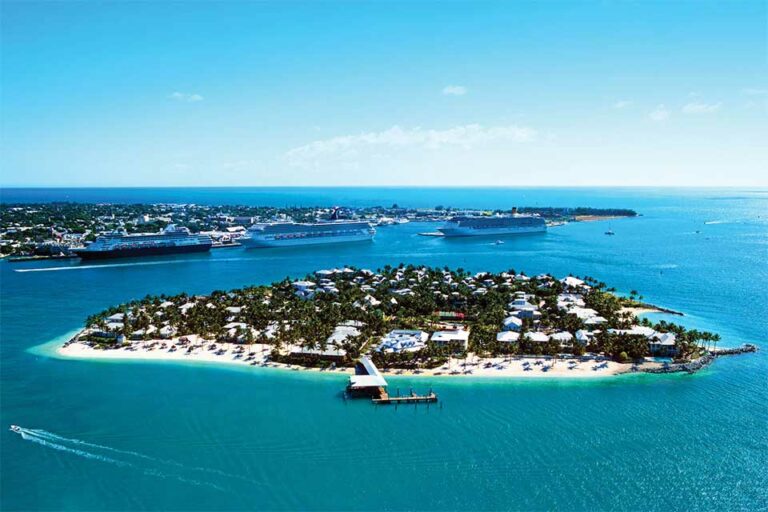 For the sea lovers who love to spend most of the day either in a quiet stroll over the sand or go ahead in snorkeling or surfing, there is no better place other than Key West. Out of the other keys in Florida, Hotels In Key West offer the best experiences and brings captivating visuals…

We often think we need to escape to the Bahamas or elsewhere in the Caribbean to get to paradise, but the truth is that we have a paradise right at home in the U.S. That’s right, we’re talking about the Florida Keys. Most of us have heard about how awesome Key West is, but the…

Santa might wear shorts in the subtropical Lower Florida Keys, and palm trees might outnumber Christmas trees, but holiday lovers can find plenty of seasonal spirit amid the area’s balmy breezes and warm temperatures. Visitors and Keys residents are invited to welcome the festive season and celebrate the creative arts at the free-admission Big Pine &…