Florida Keys locals and in-the-know visitors often greet the news of some particularly offbeat happening by grinning, nodding and sagely murmuring, Only in the Florida Keys.

FLORIDA KEYS — Florida Keys locals and in-the-know visitors often greet the news of some particularly offbeat happening by grinning, nodding and sagely murmuring, “Only in the Keys.”

The phrase also describes an inviting array of environmental, cultural and adventure activities that can’t be enjoyed anywhere except in the island chain. To make lasting vacation memories, sample the “only in the Keys” experiences suggested here.

Cruise on the original African Queen. Channel classic cinema icons in Key Largo by cruising on the restored African Queen, the actual vessel from the 1951 film starring Humphrey Bogart and Katharine Hepburn. The venerable boat, registered as a national historic site, underwent a $70,000 restoration in 2012 and today looks much as it did on the silver screen. Come aboard for a 90-minute Key Largo canal cruise or even a dinner cruise. Visit africanqueenflkeys.com.

“Hook and cook” in the Sportfishing Capital of the World. Book a skilled charter captain or guide in Islamorada, called the Sportfishing Capital of the World, for exhilarating offshore, reef or backcountry fishing. The Keys claim more saltwater fishing world records than anyplace else on the globe. After catching your fish (like yellowtail snapper or tuna), take it to one of many nearby restaurants to have it cooked. There’s nothing like savoring perfectly prepared fish that you boated yourself. Visit fla-keys.com/islamorada/fishing/. 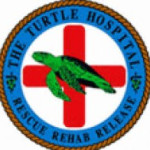 Meet “patients” at a pioneering sea turtle hospital. Encounter rescued sea turtles during a behind-the-scenes tour of the planet’s first licensed veterinary hospital specializing in these fascinating creatures. A dedicated team at Marathon’s Turtle Hospital rescues, rehabilitates and nurtures sick and injured turtles and, whenever possible, releases them back into the ocean. Since it opened over 30 years ago, the hospital has treated and rehabilitated nearly 2,000 injured sea turtles and assisted scores of hatchlings gone astray after leaving their nests. Occasionally it’s possible to witness a turtle release — a truly heartwarming experience. Visit turtlehospital.org.

Drive across the Seven Mile Bridge. It’s a “bucket list” adventure to drive over the landmark Seven Mile Bridge, one of the longest segmental bridges in the world and the centerpiece of the iconic Florida Keys Overseas Highway. The majestic span, which connects Marathon and the Lower Keys, stretches above the blue Atlantic Ocean and Gulf of Mexico — giving drivers the sensation that they’re floating over water. fla-keys.com/keysvoices/seven-mile-bridges-enduring-florida-keys-icons/

Discover tiny Key deer. On Big Pine Key, if you’re lucky, you can glimpse a real-life “Bambi” that’s about the size of a large dog. Tiny Key deer, an endangered species that live only in the Lower Keys, can be seen grazing especially in the early morning and at dusk. In 1957, the National Key Deer Refuge was established to protect and preserve the deer and other Keys wildlife resources. The refuge’s 9,000-plus acres include mangrove forests, freshwater and salt marsh wetlands, pine rockland forests and tropical hardwood hammocks. Spotting one of the shy miniature deer isn’t always easy, but it’s a real treat when you do. Visit fws.gov/refuge/National_Key_Deer_Refuge.

Nearby stands the Ernest Hemingway Home & Museum, where Hemingway lived and wrote masterpieces in the 1930s. Tour his Spanish colonial home, peer into his second-story writing studio and even pet the descendents of his six-toed cat. The property’s several dozen felines include Mata Hari, a charmer who frequents Hemingway’s studio. Visit hemingwayhome.com.

Take a “southernmost selfie.” Key West’s red, black and yellow Southernmost Point marker isn’t terribly picturesque, but hundreds of visitors take their photos beside it every day. Why? Because the ungainly buoy replica marks the southernmost land mass in the continental United States. Overlooking the Atlantic Ocean on Whitehead Street, its brightly-painted body bears lettering that proclaims it’s just 90 miles from Cuba. What better spot for a selfie? Visit southernmostpointwebcam.com/.

As well as these, scores of other unique and memorable activities can be enjoyed in the Florida Keys. From eco-adventure “voluntourism” opportunities to special events showcasing the island chain’s rich environment, colorful heritage and fun-loving vibe, they offer ample proof that the best vacation experiences can be found “only in the Keys.” 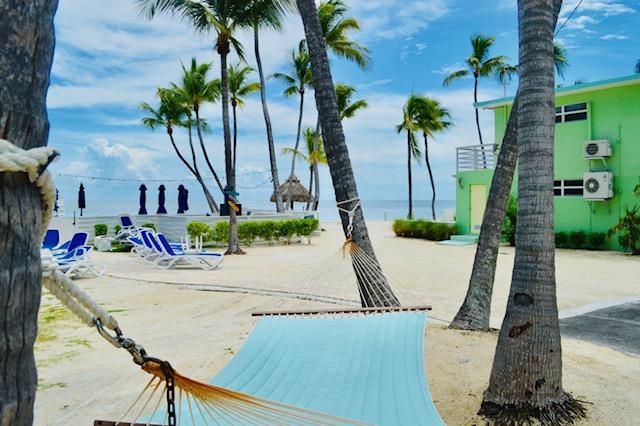 Islamorada — the sports fishing capital of the world — is more than just a destination for the best fishing. From seafood smorgasbords at every local restaurant to peaceful time spent swaying in hammocks, Islamorada is a quaint getaway that’s perfect for any weekend. Islamorada, often viewed as the less exciting version of Key West, is…

The first Cemetery Stroll to be offered at the Historic Key West Cemetery this season will take place on January 27, 2018. During the stroll, small groups of visitors will be escorted to gravesites where interpreters will tell the stories of the deceased in brief monologues. The groups are scheduled for departures at 9:30, 9:50, and 10:10 Reservations are necessary,…

When most people think of Florida’s sandy beaches, they think warm, sunny summer. But what the locals already know is that winter at the beach has tons to offer. The sand and water may be cold, but it’s a perfect time for collecting seashells. Maybe it’s because less people are on the beach, or maybe it’s…

Little Palm Island Resort & Spa is a piece of paradise discreetly located off the fabled Florida Keys coastline so remote it’s only accessible by sea-plane or boat. A best-kept secret for US presidents and celebrities, your escape is simply waiting to drink you in. No phones, no TVs and no shortage of fun and romance….

Islamorada’s kinda got it going on. Somehow, without much fanfare, it has reached a tipping point where, because of a batch of new eateries and resorts, it feels like the “cool” key. That wasn’t always the case. In the past, the Florida town’s venues had tired nautical themes and shells galore. Now you’ll find local…

This is the comical moment a mischievous Big Pine Key Deer attempts to steal a woman’s salad as she eats outside at a picnic table. Madeline May, 25, had been enjoying a wholesome tuna salad when she encountered the hungry buck trying to make a play for her meal in Big Pine Key, Florida.  …