The Florida Keys are a string of tropical islands stretching about 120 miles off the southern tip of the U.S. state of Florida, between the Atlantic Ocean and the Gulf of Mexico. They’re known as a destination for fishing, boating, snorkeling, and scuba diving.

Everyone should visit the Florida Keys at least once in their lifetime. Whether you’ve been there a hundred times or never been before, it’s always cool to learn more about our incredible state. So we checked out travelexperta.com for some fun facts about the Florida Keys.

SouthernMost Point
1. Key West is regarded as the Southernmost point in the country that can still be reached by land. In fact, it is closer to Cuba (only 90 miles away) than the city of Miami. 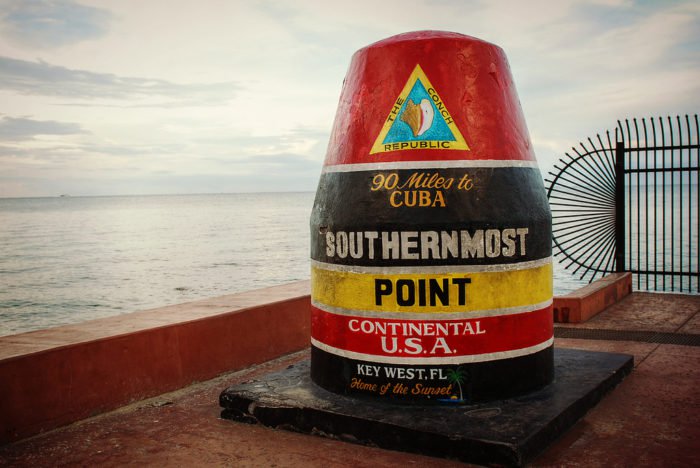 Have you ever been to the Keys? Do you know any other fascinating facts we might have left out?

Source: 10 Fascinating Things You Probably Didn’t Know About The Florida Keys | Only In Your State