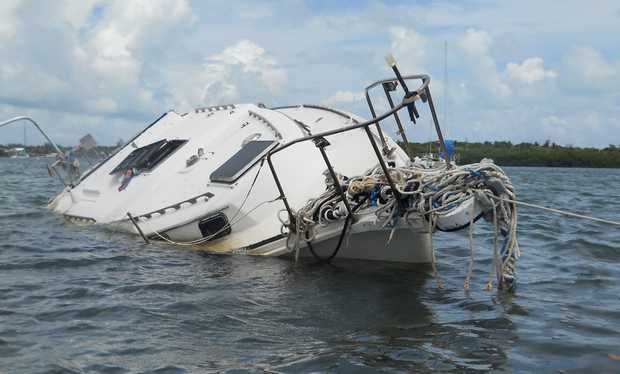 Proposals will be floated to reduce the number of abandoned and sunken boats littering the shallow Florida Keys sea bottom at an Aug. 13 session in Key Largo.

A state survey on “anchoring of non-liveaboard vessels” outside public mooring fields drew 11,693 responses, including more than 600 from Monroe County.

The survey, completed in December, “found widespread and nearly unanimous support for a program to do something substantive about the problem of derelict vessels,” said FWC Capt. Gary Klein.

As part of five sessions around the state beginning this week, the FWC will host the 2:30 p.m. Aug. 13 open meeting at the Murray E. Nelson Government and Cultural Center in Key Largo to review derelict-vessel problems and outline possible solutions.

Bills introduced in this year’s Florida Legislature sought to move on the derelict-vessel situation but they stalled in a contentious session.

From June 2014 through May, Monroe County spent $151,245 in Boating Improvement Fund money to remove 51 derelict vessels from Keys waters. Many more remain.

At a Monday budget meeting of the Monroe County Commission, board member George Neugent suggested adding a new Sheriff’s Office marine deputy “to focus on derelict vessels and the other marine problems we have to deal with.”

Sheriff Rick Ramsay said his agency has the patrol boats but “the issue has always been manpower.”

Using the Boating Improvement Fund for law enforcement likely would require state approval. Having a dedicated officer could save money on raising sunken boats, Neugent said.

Klein said one of several concepts outlined at the meetings would strengthen the FWC’s existing At-Risk program, which allows marine officers to provide a courtesy notification to boaters if their vessel appears in danger of sinking.

“Once a boat sinks, it becomes a lot more expensive to remove,” Klein said. “One of the iterations would notify owners of an At-Risk vessel and give them a period to make repairs. If it hasn’t been fixed after that time, it basically could be deemed a derelict vessel.”

Source: States holds hearing to get input on derelict vessels