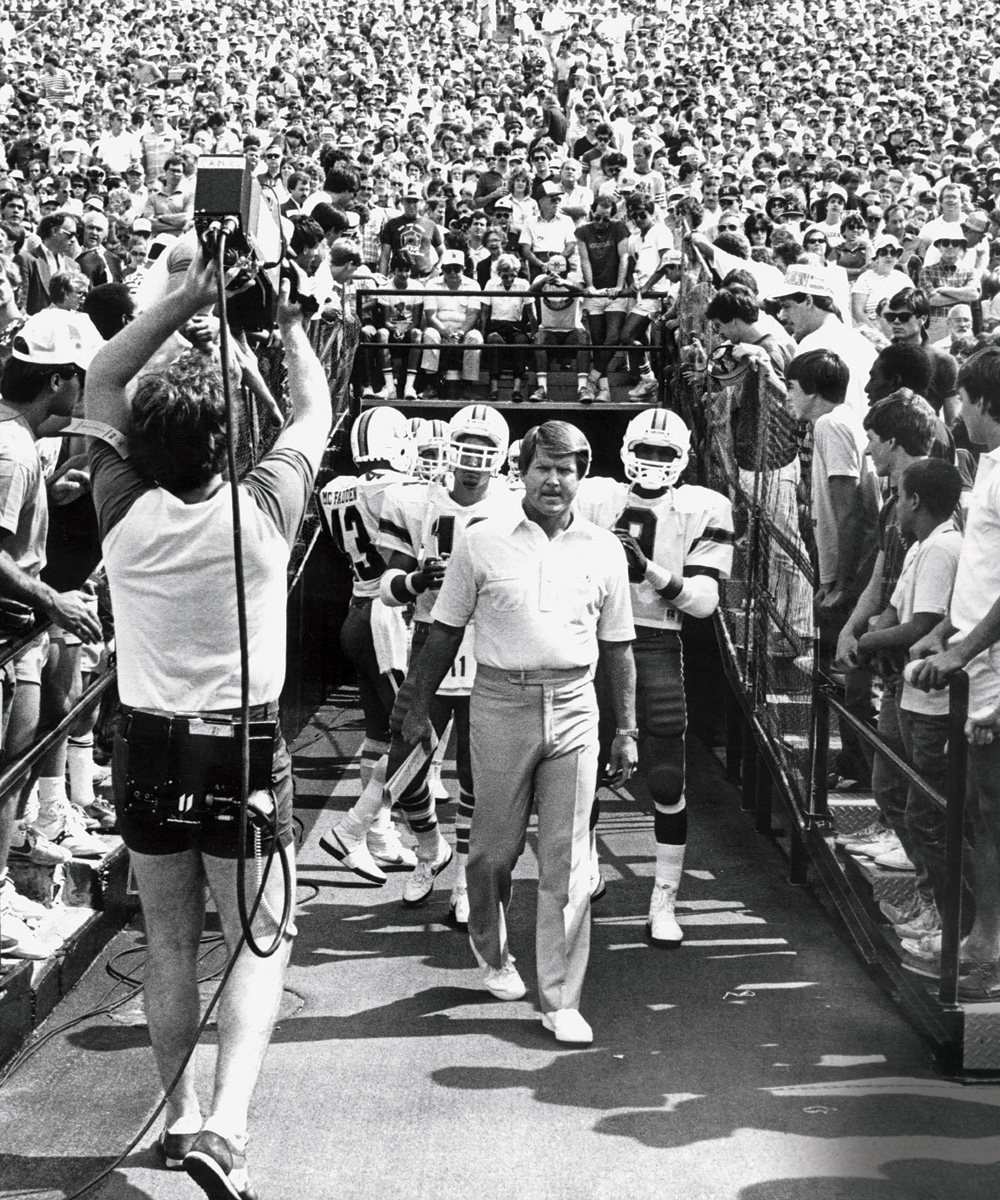 Always game for a little competition, legendary football coach and Fox NFL Sunday analyst Jimmy Johnson hosts the sixth annual edition of Jimmy Johnson’s Quest for the Ring Championship Fishing Week, taking place March 8–11 in Key Largo. The contest includes the two-day National Billfish Championship, with many of the best anglers in the country competing for a guaranteed purse of $1 million. Johnson sat down with Ocean Drive to talk competitive fishing, football, and life in the Keys.

Can fishing be as competitive as football?
It’s not as competitive as when I was coaching football, for the simple reason that I don’t want to fish unless I can enjoy it and relax. There wasn’t a whole lot of relaxing in the playoffs and when you’re winning Super Bowls.

But with $1 million on the line, it must be hard to relax.
It’s hard-core. Seminole Hard Rock Hotel & Casino stepped up and decided this year to guarantee a purse of $1 million, which makes it the largest in the country. But you can still relax and it’s still a fun tournament. The dinners and luncheons are great, but obviously a lot of the charter boat captains and top fishermen from around the country come into the tournament.