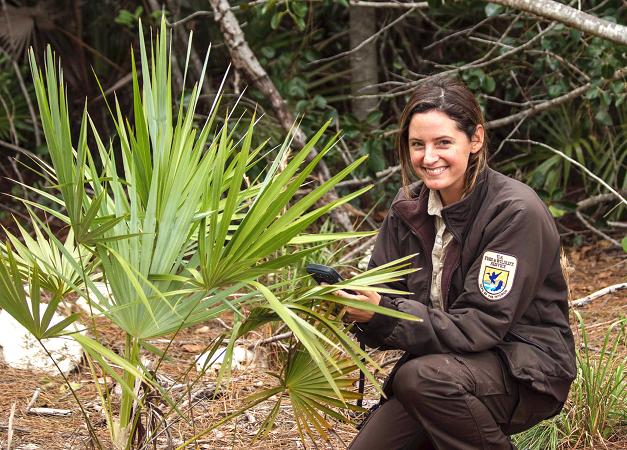 “Although a scientist by trade, I find that it is extremely important to translate the technical parts of my job into concepts that the public can relate to,” she says. “By providing ways for people to connect with nature, science and the outdoors, I feel like the Refuges have the ability to offer limitless valuable learning opportunities for the country.”

The Florida Keys Refuges offer so many learning experiences to those that slow down and open up their eyes to explore,” she says.

FAVOR Florida Keys – Friends And Volunteers Of Refuges – The Refuges’ Friends Group is a non profit organization whose mission is to support the National Wildlife Refuges of the Florida Keys through education, non adversarial advocacy, volunteerism and fundraising.

Visit www.favorfloridakeys.org/ for more information and to register for the many events offered—some, like Kate’s events, have limited availability. Brought to you in part by the Monroe County Tourist Development Council.

An Annapolis firm is turning a Florida community’s waste into mulch, with long-term plans of transforming it into electricity. Last year, Energy3 — which designs, builds, operates and finances municipal energy products — became the yard waste hauler for Monroe County, Florida. Currently, the waste is taken to Moore Haven, Florida, where it is being turned…

The Monofilament Recovery and Recycling Program (MRRP) is an innovative statewide project dedicated to reducing the environmental damage caused by discarded fishing line. MRRP aims to educate the public on the problems caused by monofilament line left in the environment, encourage recycling through a network of line recycling bins and drop-off locations, and help citizens…

There have been several recent reports about major events of coral bleaching. Coral reacts to the stress of warmer water by expelling zooxanthellae, the symbiotic photosynthetic algae responsible for nutrient cycling within the coral and the coral’s color. The coral provides algae with a protected environment and the compounds the algae need for photosynthesis (the…

Sunscreen is a necessity for most scuba divers, but not all sunblock is created equal. Some contain an ingredient that’s destroying coral reefs around the world. The evidence is so strong, Hawaii may pass a law banning certain sunscreens. The primary chemical culprit is oxybenzone, an ingredient used in popular sunscreens made by Banana Boat, Coppertone,…

Fishing is a key component of the Florida lifestyle as well as the state’s economy. But fishing line and other fishing tackle frequently enter Florida’s aquatic systems as a result of incidental snags or improper disposal. When left in the aquatic environment, fishing line and tackle create potential traps for unsuspecting wildlife that can become…