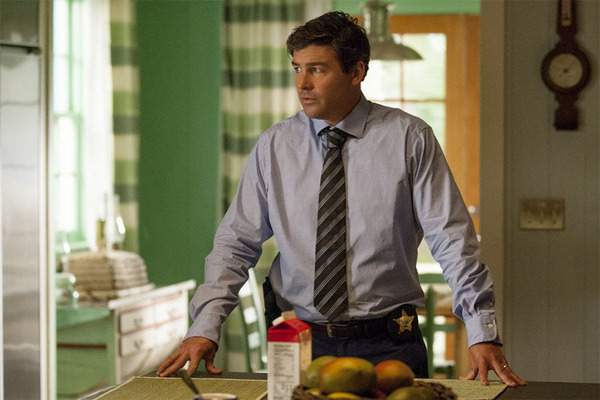 Perennial critic and audience favorites like “Game of Thrones” and “Mad Men” made the cut when the 2015 Emmy nominations were recently announced, but some TV show names may have had the average viewer scratching their heads. What’s “Bloodline”?

“Bloodline,” for which actor Kyle Chandler received a Best Lead Actor in a Drama Series Emmy nomination and Ben Mendelsohn received a Best Supporting Actor in a Drama Series nod, is a Netflix show that debuted this past February. On the show, John Rayburn (Chandler) lives in Islamorada in the Florida Keys and works for the police department and his family is in charge of a hotel. Their lives are disrupted when John’s misfit brother Danny (Mendelsohn) returns. The show co-stars “Avengers: Age of Ultron” actress Linda Cardellini, Sissy Spacek, Sam Shepard, and Broadway actor Norbert Leo Butz.The show was fairly well-received by critics, with one calling the cast “superb” and another writing that it’s “very good [and] extremely well-cast… a lot of those who give ‘Bloodline’ a chance will, pretty quickly, find themselves hooked.”

[If you follow the Florida Keys criminal history you may be surprised how close this story matches reality.]

Source: Emmy nominations 2015: A look at the lesser-known shows that got nods – CSMonitor.com