As you head south to Key Largo, Dagny Johnson Hammock Botanical State Park sits along the east coast — boasting stunning jungle-like views and coastal sightlines; but if you venture to the right spots, you can find some cool abandoned buildings to explore.

In order to explore some of these locations, you’ll have to acquire a back trails permit from the ranger station at John Pennekamp Coral Reef State Park .

Once you have that permit, that’s when the real fun begins. Dagny Johnson Hammock

The permit grants access to an additional 6 miles of nature trails. Not too far off of the main pathways, a few awesome places hide waiting for you to explore them; most will easily find the abandoned barn with a tree growing through the center. It’s been tagged as “Fort 420”, according to some visitors.

The park was originally slated to become a condominium complex; the plans were later abandoned due to Dagny Johnson being home to one of the largest tracts of West Indian tropical hardwood hammocks in the U.S. according to their website.

Be sure to mind your urban exploration manners by not taking any souvenirs, abiding by any no-trespassing signs, and leaving nothing but footprints.

For much more info and photos go to: Abandoned Places To Explore In Florida Include Hidden Buildings At State Park In Key Largo – Narcity 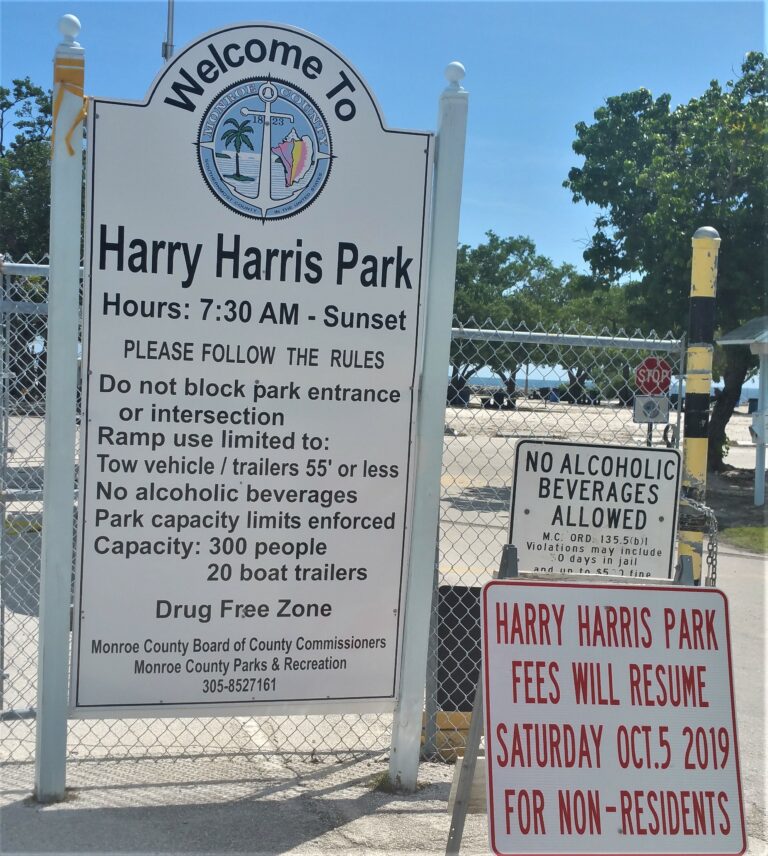 Florida Keys residents headed to Harry Harris Park may be asked for address information beginning Saturday. A gatehouse at the entrance to the popular oceanfront park is expected to be staffed Oct. 5, with out-of-county residents charged for admission. Non-residents will be charged $5 per person. Boaters living outside the Keys will be charged $30 to…

Located a mile south of Indian Key Historic State Park is the San Pedro Underwater Archaeological Preserve State Park. This park holds the distinction as the only underwater archaeological state park in the Florida Park Service. The San Pedro, a 287-ton ship, was one of a fleet of 21 ships that left Havana in 1733…

In the Middle and Lower Florida Keys State Parks — Long Key, Curry Hammock, Bahia Honda and Fort Zachary Taylor — are easy to explore and offer multiple opportunities for recreation. Long Key State Park Located on Long Key, just southwest of the town of Layton, this park was once the site of railroad magnate…

It’s crazy and fun — an event for everyone! Grab your oars and anything that floats and come on down and enjoy this family-fun Key Largo festival, Anything that Floats Race on Blackwater Sound, mile marker 104, bayside in Key Largo, Florida Keys. The fun begins from Sundowners Dock, mm 104, bayside, Key Largo (305-451-4502)….

Do you know how many parks there are in the Upper Florida Keys? Me neither. Between the City Parks: Islamorada’s Founders Park and Anne’s Beach, Monroe County Parks: Harry Harris, Florida State Parks: John Pennekamp and Lignumvitae and the National Parks-Refuges-Sanctuaries: Everglades, Crocodile Lake and the all encompassing Florida Keys National Marine Sanctuary, you are…