November 15th marks the 25th anniversary of the creation of the Florida Keys National Marine Sanctuary, a federally designated area protecting some 2,900 nautical miles of waters that surround the Keys island chain including the continental United States’ only living coral barrier reef.

The preserve features an ecosystem with shallow seagrass beds, mangrove-fringed islands and the world’s third-largest barrier coral reef that collectively support more than 6,000 species, as well as being the final resting spot of culturally important shipwrecks — some that date back centuries.

The initiative gathered steam a year before when three large freighters ran aground just 17 days apart on the coral reef. Those groundings came only months after the Exxon Valdez oil spill in Alaska and just days following hearings held in Key West about oil drilling in the Gulf of Mexico.

Many Keys residents objected to the concept of “their” waters being managed by the National Oceanic and Atmospheric Administration. They believed the federal government was going to tell them what they could and couldn’t do.

“Originally, there were concerns from just about every sector on the waterfront,” remembered Billy Causey, the National Marine Sanctuaries Southeast Regional Director, who helped to form the Keys sanctuary and was the preserve’s first superintendent. “Pretty soon, after they witnessed the sanctuary being implemented, we started seeing a rally of people coming in behind and supporting us.

“Today, the very ones that were expressing concern are the ones that are our strongest proponents,” he said.

Related Post  Things to Do In And Around Key West : For Animal Lovers

Indeed, most Keys residents today agree the sanctuary has played a major role in lessening human impacts on marine resources and helps to manage and protect an ecosystem that is critical to the Keys’ tourism-based economy.

“As a resident, as a business person, a concerned citizen, the protection that the National Marine Sanctuary offers to the Florida Keys is paramount to us surviving — not only as a community, but our economy,” said Bob Holston, a Florida Keys dive shop owner who has lived in Key West for 45 years. “And it’s something we want to be able to have future generations enjoy, see and also protect.”

Cleaning scuba equipment between each dive could help slow down the rapid spread of Coral Disease, white blotch-like lesions, that attack and eventually kill coral colonies, local agencies say. The Florida Reef Tract, the world’s third largest barrier reef and the only in the continental U.S., is suffering from a large-scale stony coral tissue loss,… 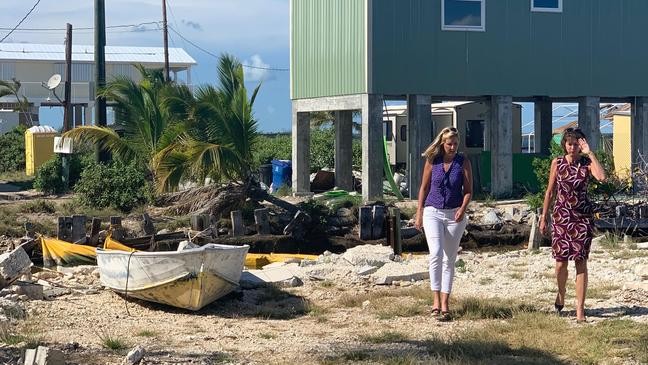 There are still many individuals, businesses, and local governments Still Waiting on Funding for damages caused by Hurricane Irma in September 2017. Two years after Hurricane Irma barreled into the Florida Keys, some neighborhoods still show obvious signs of the aftermath of Category Four storm that leveled homes and sent boats from the water into…

Mote Marine Laboratory and Aquarium is excited to announce an expanded lineup of summer camps. Mote Summer Camp 2017 offers more opportunities for kids to learn about their local waters, from the beautiful Sarasota Bay to the Florida Keys, in a fun and engaging way. Registration is open now for summer camps from June-August. Ages…

At its December meeting, the Florida Fish and Wildlife Conservation Commission (FWC) approved a draft proposal to protect fish spawning aggregations near an area known as Western Dry Rocks. Western Dry Rocks, which is about 10 miles south of Key West, is an important spawning location for many recreationally and commercially important species such as…

The Florida Fish and Wildlife Conservation Commission (FWC) approved Species Conservation Measures and Permitting Guidelines for eight of the more than 50 species, the only local is the Monroe County Osprey, in the agency’s Imperiled Species Management Plan. Based on thorough scientific review, FWC staff determined that the eastern chipmunk, harlequin darter, Homosassa shrew, southern…