Florida was not always the top tourist destination in the United States. In fact, it wasn’t too long ago that Florida was considered a horrible place to live and visit. One the main reasons behind this historical thought was the presence of mosquitoes. Florida has a wide variety of mosquito species that all have their own particular niche and habitat.

Florida has more than 1,200 miles of coastline, a warm subtropical climate and rich fauna encouraged by periods of heavy rainfall. This particular setting gives rise to the 77 species of mosquito statewide. Of those 77 species, 45 of them are found in the Florida Keys. The mosquito itself impeded the development of Florida, which was thought to be unbearable to live in as little as 100 years ago. A U.S. Congressman even said the State could not be developed.

The goal of the Florida Keys Mosquito Control District is to control the mosquito population using the most effective methods, techniques, equipment, and insecticides, thus enhancing the quality of life for all residents, reducing the possibility of mosquito-transmitted disease. 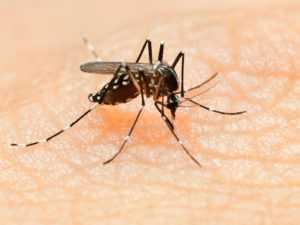 Although there are 40+ mosquito species found in the Keys, only a few create sufficient problems that require control measures. The Salt Marsh mosquito, the Aedes aegypti also known as the Dengue Mosquito and the House Mosquito are commonly found and create annoyance by their bite. In addition to their annoyance, mosquitoes can also transmit diseases such as Dengue Fever, Encephalitis, Malaria, and dog heartworm.

Today the Florida Keys Mosquito Control District has 71 full time and 39 part time employees working to maintain and control mosquitoes in a manner that preserves and protects the ecological integrity of our scenic lands, waters and environment. Mosquito Control enhances our quality of life and allows us to enjoy our natural resources safely.